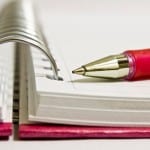 In the Steven Spielberg film "Amistad," there's a scene where John Quincy Adams (played by Anthony Hopkins) talks with a fictional character named Mr. Jodson (played by Morgan Freeman) about who the Africans on the "Amistad" really are. Someone published the dialogue from that scene in an essay both here and here, so I pulled from that source to post it. The interaction … END_OF_DOCUMENT_TOKEN_TO_BE_REPLACED