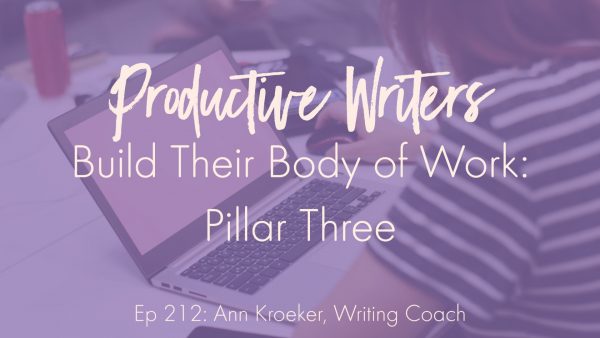 For about four years, I didn’t do much to get healthy or stay healthy. I’d talk about getting in shape but wouldn’t actually do anything. I’d wake up and think about it, then roll over and go back to sleep.

It’s no surprise, of course, that the idea of exercising—the thought of it—didn’t strengthen a single muscle in my body. The desire to be healthy, no matter how intense, didn’t actually make me healthy.

I had to take action.

Finally, about a year ago, I decided to do something. I started by jogging, plodding slowly through the neighborhood on a route so short I called it the wimpy route.

But that’s how it began. To start improving my health, I took action. It was humbling to start so small, but I got out there and ran—I mean, plodded—the wimpy route over and over.

Over time, I ran a tiny bit faster and farther and grew a tiny bit stronger and healthier. By continuing to take action, I continued to see results.

If we want to be writers, we can’t just talk about writing and wish our projects into existence. The idea of writing—the thought of it—won’t get a single sentence of an article, blog post, poem, or short story composed. The desire to be a writer won’t actually make you a writer.

You have to decide to do something.

You have to take action.

That’s how it begins, no matter how humble or wimpy it may seem to you.

In the beginning, it doesn’t have to be much. Just as I didn’t expect to be running a half-marathon distance when I first started plodding around the wimpy route, we don’t have to complete a 200-page novel in our first efforts to sit at our computers and write.

We can tap out a few sentences; maybe a paragraph or two. With those humble beginnings, it begins. And over time it adds up.

That’s the foundation of a productive writer.

Productivity doesn’t mean we have to spit out poems like candy from a vending machine or roll out blog articles like cars on an assembly line with repetition and precision. After all, that can lead to a loss of creativity and originality.

What productivity does mean is we have to start and complete projects instead of falling down rabbit holes of research for weeks on end or avoiding the work out of fear or perfectionism.

Productive writers finally step away from the search engines and library books and throw some of their discoveries onto the page to sort it out and produce a final project.

Productive writers overcome perfectionism and fear by sitting down and tapping out their thoughts to create a rough draft, no matter how rough.

Priscilla Long, author of The Portable Writer’s Mentor, writes, “In the end what matters to the ambitious dreamer is a steady and even rather plodding stream of work.”1 It’s fine, she says, if much of the output is “rough, awkward, contrived, and arguably awful.”2 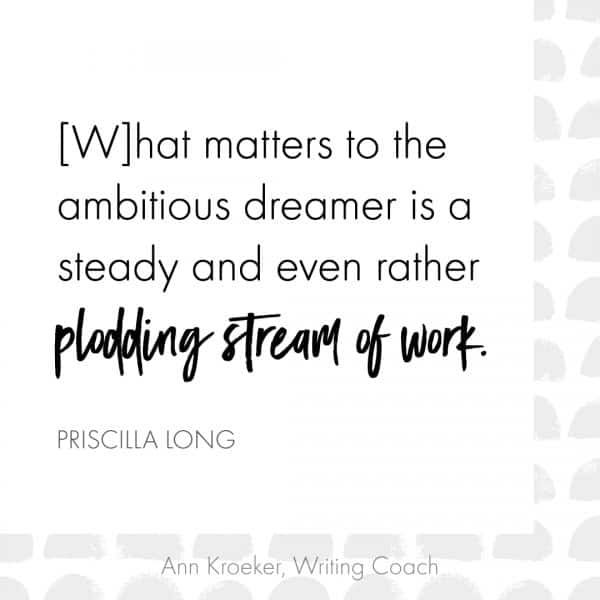 That’s part of becoming a productive writer. You regularly produce a “plodding stream of work” no matter how “arguably awful” it emerges. Through the act of writing, you’re discovering your voice, your style, your preferred genre, your message.

You’re figuring out how to write and what to write every time you write. It’s building a kind of creative strength in you, as you overcome Resistance and do the work.

Eventually, after establishing a system of producing words and rough drafts, productive writers will develop a habit of finishing what they start.

So often, writers start project after project in bursts of creative inspiration but struggle to see even one of them through to completion.

Not everything we produce will be publishable, but we have to start and finish projects to build our body of work.

By establishing routines and systems that lock in habits, and by setting up schedules with built-in deadlines, we can regularly start and finish projects, building our body of work.

So we develop a plan for how to get to the goal.

To complete that plan, we set up a system.

The system establishes a writing habit that leads to achieving our goals.

That’s how we’ll pull off our writing day by day.

That’s how we’ll be productive and see project after project all the way to the finish line.

That’s how we’ll build our body of work.

One Way or Another, Productive Writers Build Their Body of Work

Your system may include designing an editorial calendar, breaking down a project into a series of steps, tasks, and actions, then scheduling those each day. When you wake up, you know what to do: you write the segment you determined in advance was needed to complete, to stay on schedule and finish on time.

Your system may involve tracking words to complete a set word count or page count that you’ve calculated to complete a project in a particular time frame. Many writers use this basic idea to be productive, waking early to compose a given number of words or pages for their work in progress.

Not everyone finds motivation in the quantity of words and pages they produce. Another system is to set an alarm or timer and stay in your chair for a set amount of time each day. You can have your writing to-do list in front of you to work through.

On some days, you might write 2,000 words, and on other days you might only complete a paragraph. But you’re in the chair, committed, as part of your system.

Productive Writers Honor the Way they Like to Write

Some writers prefer to write their drafts by hand and type them up in Google Docs or Scrivener at the end of a writing session or at the end of the week.

The act of handwriting taps into a different part of their brain than the typing does.

The act of typing ignites a level of writer-editor that solves problems during the process.

This is a kind of system and approach that honors the way you like to write and work and think.

Verbal processors may prefer to speak a draft, recording it in their voice recorder app and having it transcribed. The transcription becomes their draft that they edit in a future work session.

Ideal circumstances aren’t always possible, but when they are (and to the extent they are), a writer will benefit from creating a motivating environment.

This may include solitude and silence. Or maybe it will involve music.

Hopefully it will involve a dedicated space so you create an environment conducive to deep work, to use Cal Newport’s phrase5, or to enter a “flow” state, to borrow Mihaly Csikszentmihalyi’s concept of an ideal creativity state.6

Or it may call for the ambient sounds of a coffee shop.

Experiment to discover what works for you and what doesn’t.

And if you can’t build an outstanding setup in the perfect environment, don’t use that excuse not to write.

Because productive writers write even when their circumstances are messy and perfect and when their time is short. They get creative and clever in how they use available time and awkward situations to write.

I’ve written in my car, at the library, in hospital waiting rooms where I wore noise-canceling headphones. We can not only tap into creativity to infuse our work with novel, original ideas, but we can also use creativity to solve problems related to getting work done.

Be creative to create an environment conducive to work.

It helps to lower the stakes at times. In fact, productive writers may become even more productive when they make the work fun and pleasant—even delightful.

I find writing itself to be a delightful activity, so some of my fun happens in the creative writing process. But we can insert creativity breaks. I have a yo-yo on my desk. When I hit a tough spot and need to think, I can stand up and get that thing spinning up and down for a few minutes.

I heard Todd Herman interviewed on the DIY MFA podcast. He talked about taking on a kind of persona to solve problems and power through a project.

As I understood the concept, maybe you’d pick one of your favorite authors and channel that person’s creativity as if it’s your own to do more than you would on your own.

Or you can have a power hat or shirt and pull that on, imagining it’s the gear that produces New York Times bestselling authors.

Or perhaps you have an office area and entering that zone is like entering a powerful space filled with creative energy and it’s there that you’re unstoppable.

It’s a fun idea. In a week, I’m moving my office into a recently emptied bedroom and I’m going to try Herman’s technique.7

Productive Writers Start Where They Are

You may look at your writing life and feel like I did when I rolled over in bed instead of taking action to get healthy.

It doesn’t matter where you are now. Just take action to get started.

You may be slow at first, plodding along, producing only tiny paragraphs—maybe just a line or two.

But no matter how small the results, you’ll make progress. So don’t be afraid or ashamed of humble beginnings and simple restarts, because that’s how it begins.

To be a productive writer, you’ll take action. And your action will produce results.

By continuing to take action, following systems that work for you, you’ll continue to see results and build your body of work over time. 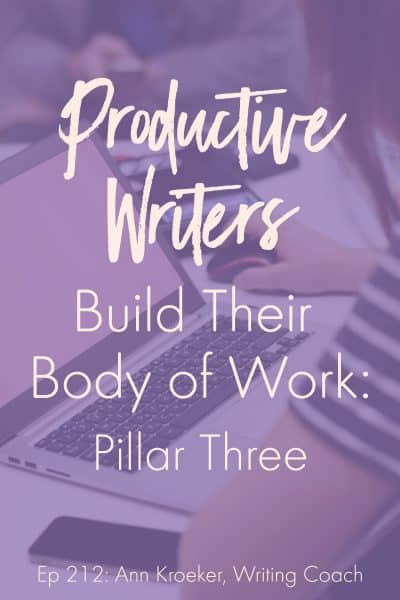