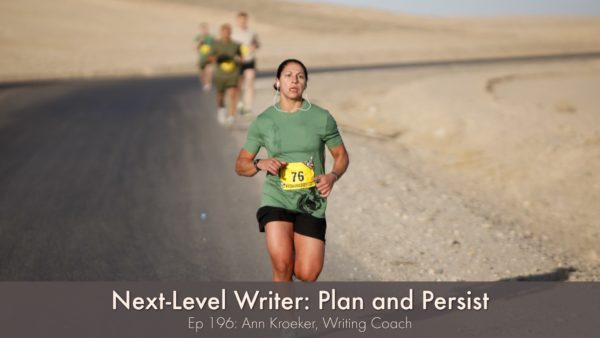 Last time, I asked: Where do you want to be in a year?

You may have read that and set a big, hairy, audacious goal—a BHAG. Or maybe you called it a “stretch goal.” You want to aim high and not settle for mediocre.

“In a year, I’m going to be at the top of my game, more successful than I’ve ever been.”

If you want it bad and can handle a focused, year-long push, you may nail it. If you have big resources to support big goals, this stretch-goal approach may be the way you level up fast. In a year (or less!) you may be the one saying:

But if your time, money, energy, skills, experience, and support are limited, you might not achieve a big, hairy, audacious goal—even if you want it bad. And falling short of your goal can be demotivating. You may end up saying:

The macro plan sets us on a course toward a goal. We see the target. We take aim.

The good news is that even if we fall short, we may be further along than if we had no goal at all.

The bad news is that we may end up so discouraged and disheartened at what seems like lack of progress or failure, we give up.

If we’re setting an aggressive goal that is too much of a stretch, we may need to re-examine it before we form the plan to get there.

After Jon Acuff wrote a book called Start: Punch Fear in the Face, Escape Average and Do Work That Matters, he realized people may not need as much help getting started—after all, the beginning of projects and resolutions is the fun part. It’s the middle and the end of projects where we sag and feel stuck and give up.

Acuff wanted people to see their goals through to the end, so he wrote a follow-up book called Finish: Give Yourself the Gift Of Done. For Finish, Acuff commissioned a study with the University of Memphis that concluded “small goals, when you cut your goal in half, are 63% more successful than big crazy BHAGs.”1

So if you set out with a BHAG last week, consider chopping your goal in half.

Find out what your writing world is like. What do people expect in that world? What are the successful people doing? Do you want or need to follow a similar path? What do you need to do first to move in that same direction? What level are you at and what’s the next level?

Could you connect with people in groups and meetups or at conferences and retreats? Could you find a mentor or coach? Could you partner with someone to collaborate?

Make your plan based on your goal.

Enact, Evaluate, and Adjust the Plan

While your plan may be aggressive and you’re prepared for a aggressive burst of activity to level up fast, play the long game.

You may see results right away—and I hope you do!—but maintain a long-term mindset overall.

Your plans to level up may take longer because you cut your goal in half or because you’re still gaining traction. Maybe readers and subscribers didn’t respond as quickly as you thought they would. Or someone started doing the same thing as you in the exact same market and they figured it out faster.

Don’t give up after only a short time. Keep going with your plan, evaluating and adjusting it as you enact it.

You’ll only know once you enact your plan and start to see and measure results. You’ll see if things are working or need adjustments.

The Myth of Overnight Success

When we look at the work of the people who have put really big ideas into the world, who have built online platforms, is that they got there by being patiently impatient, or impatiently patient…that if you look around at the blogs you read or the people you respect online or the organizations you want to work with, the myth of the overnight success is just that—a myth.2

Twitter, he said, didn’t take off for two years. If the leaders adopted the mindset that “if it doesn’t work in two weeks, we’ve got to go do something else,” they wouldn’t have seen the success that they did.3 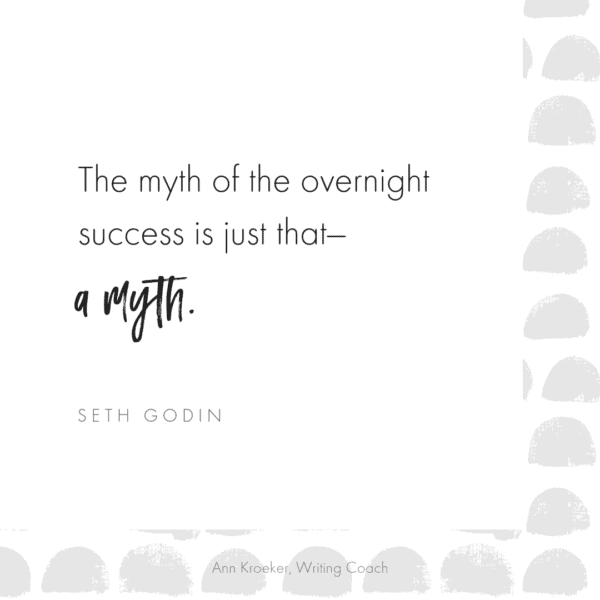 In an article on Medium, Godin is quoted as saying, “Extraordinary benefits accrue to the tiny minority of people who are able to push just a tiny bit longer than most.”4

When it gets boring, keep at it.

When results seem slow, keep at it.

When you’re tired and don’t want to sit in the chair and write, keep at it.

When things are going well, keep at it.

Keep at it. Persist. Push a tiny bit longer than most, and you may be the one who pushes past others to see real results.

In that Medium article, the author, Reece Robertson, says that achieving our goals requires patience. “It requires you to show up day after day in order to transform who you are and what you know.”5

When you look at others who have arrived—who are at the level you’re aiming for—it seems they have always been there. But they haven’t. They had to level up, too.

Robertson concludes: “The difference between you and your heroes is simply a matter of time. If you stop consuming your hero’s work as a spectator and instead become a competitor, you’ll quickly find yourself playing at their level.”6

Being a competitor in that you’re in the same writing world—in the same game, if you will—writing similar projects on similar topics, reaching similar readers, okay, maybe that’s competition.

But I would also argue that we aren’t competing in a zero sum way. If I win, that doesn’t mean you lose. I think we can rise together and complement each other. One of us can open up opportunities for another.

You’ll measure success not only with outward results, but also inward, as you transform into the person who is stronger, smarter, wiser, and more skilled—a perfect fit for the next level. 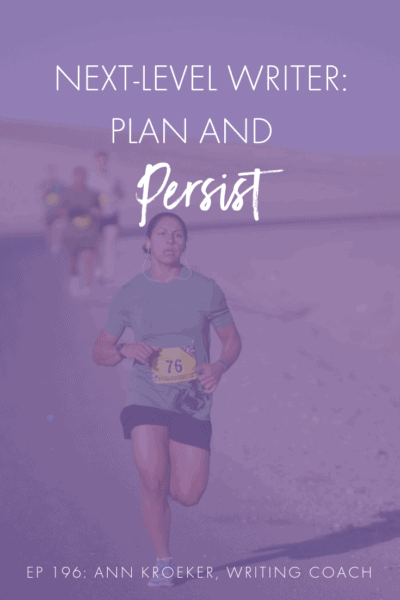