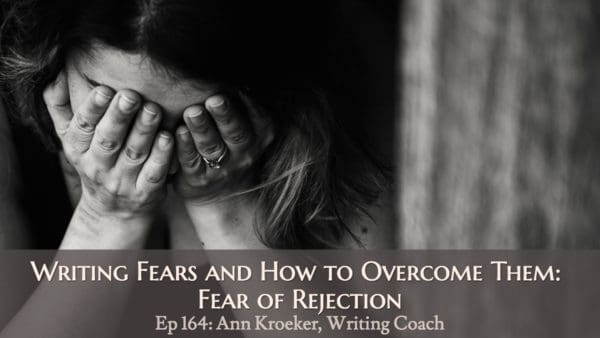 Over the past week I followed several women on Instagram as they traveled to London for a literary-themed trip. One woman on the trip, Bri McKoy, posted a photo of a letter preserved under glass at St John’s College Library. The letter, written by Jane Austen’s father, was sent to a publisher, describing a book about the same length as a popular novel of the time. He wondered if they might be interested in taking a look at it.

Everybody, listen up! What you are looking at is a REJECTION for Jane Austen’s book PRIDE AND PREJUDICE. Her dad sent a letter to a publishing house not only asking them to publish her manuscript but also telling them he would pay for everything. Still, they rejected it. They rejected it by sending his letter back to him. Can we sit with this for a moment? Someone. Rejected. P & P🤨⠀⠀⠀⠀⠀⠀⠀⠀⠀ Listen, we know how that story ends. Not only are people still reading her book but they TRAVEL TO LONDON to see her house💁🏼‍♀️ But what if we don’t know how the refusals handed to us end? What if we are sitting in our own unknown? Take heart, dear ones✨Rejection is not an executioner. Rejection is a guide. To keep going. Or to pause. Or to take a slight left turn (even though we were quite positive it was a right we were going to take). Take heart, because maybe, right now, your idea is too big for the world at hand. Or it is not small enough for your right now. Remember you are living out a full story, not a highlight reel. Let rejection inform you, not destroy you, wild ones.✨#travelswithtsh #literarylondon

The publisher rejected the book, sight unseen, with the short reply “declined by Return of Post.”

Everybody, listen up! What you are looking at is a REJECTION for Jane Austen’s book PRIDE AND PREJUDICE. Her dad sent a letter to a publishing house not only asking them to publish her manuscript but also telling them he would pay for everything. Still, they rejected it. They rejected it by sending his letter back to him. Can we sit with this for a moment? Someone. Rejected. P & P.

Lithub pulled together a list of books initially rejected by publishers. The list included Madeleine L’Engle’s A Wrinkle in Time, with 26 rejections from publishers, and Kathryn Stockett’s The Help which endured 60 rejections from agents.

The website Bookstr pulled together a list of 10 books rejected multiple times, including Harry Potter and the Philosopher’s Stone, which was rejected 12 times; William Golding’s Lord of the Flies, rejected 20 times; and Carrie by Stephen King, rejected 28 times.

In her Instagram update, Bri pointed out how easy it is for us to have the luxury of knowing the whole story. “Listen,” she writes, “we know how that story ends….But what if we don’t know how the refusals handed to us end? What if we are sitting in our own unknown.”

Writers in Their Own Unknown

Websites like Bookstr don’t pull together a top ten list of writers who got rejection letters who still are unpublished. There’s no triumph there. There’s just the rejection. They’re sitting in their own unknown, so we don’t find inspiration in them.

St. John’s College Library doesn’t preserve under glass a rejection letter for a book that’s still sitting on someone’s hard drive, only read by a few beta readers and the writer’s mom.

The rejection letter is under glass because the book was rejected AND THEN was published and became the much-loved novel Pride and Prejudice.

Stephen King’s book Carrie made the list because it was rejected 28 times AND THEN it was picked up by a publisher and became a blockbuster commercial success and was made into a movie.

Same with The Help. It was rejected, AND THEN.

Worse, if we get the rejection, it feels like END OF STORY. That’s why we’re afraid.

Take Heart: This Is Not The End

I’m here to say it is not the end.

Bri encourages her readers to take heart. “Rejection is not an executioner. Rejection is a guide.” Then she goes through several possibilities.

This rejection could guide us to keep going or to pause.

To take a slight left turn even though we were certain we were to go right.

The idea could be too big or too small.

Then she says, “Remember you are living out a full story, not a highlight reel. Let rejection inform you, not destroy you.”

I join Bri in saying “take heart.” Take heart, because a rejection is not THE END. It’s not. So don’t let the fear of rejection keep you from doing the work.

When Fear of Rejection Stops Us Before We Even Begin

You may be afraid of a formal rejection by a magazine, an agent, or a book publisher where you submit your project. That fear may be holding you back from even sending it.

Don’t be afraid to try.

Query the agent. If they ask to see the manuscript, submit your work. Sign up for Submittable and send off your essays and short stories. See where it goes. They may say yes.

They may say no.

When Fear of Rejection Stops Us from Trying Again

Don’t let an actual rejection stop you from trying again.

If they say no—if they reject it—let that inform you, not destroy you. This is not the end; this is simply information.

Look at your piece again. See if you need to rework anything. Consult with people who can advise you.

Then send it out again.

There Is No Way Around Rejections

I’m not saying a rejection won’t hurt or stir some doubt about the project.

Isaac Asimov expresses the pain a rejection delivers this way:

Rejection slips, or form letters, however tactfully phrased, are lacerations of the soul, if not quite inventions of the devil – but there is no way around them.

When we make our top ten lists of writers whose work was rejected, we don’t always know how the writer felt. Asimov revealed how he felt, but we don’t know how Jane Austen felt.

We do know, however, that after the rejection, she continued to write.

We know she even managed to submit her work to a publisher again, too, despite having a project rejected.

She found a publisher for Sense and Sensibility first, AND THEN Pride and Prejudice. Later, Mansfield Park and Emma.

We may not know how Jane felt or what it taught her, but we know she soldiered on. She wrote. She sent off her work.

So did J.K. Rowling. So did Stephen King. So did Madeleine L’Engle. So did William Golding.

Even if you fear a more personal and emotional rejection by a classmate in a creative writing course, a member of your writing group, a friend, or a family member you let take a peek, let any negative response or harsh words that feel like rejections simply guide you and inform you, not destroy you.

Treat the Pain of Rejection with TLC

Those lacerations of the soul may need a little TLC. In fact, you’ll benefit from some kind of rejection ritual to soothe you in the aftermath and get you through the day or the week.

To deal especially with those professional rejections, I offer several ideas in Episode 100: “Submissions: How to Bounce Back After an Editor Turns You Down.” Take a look and see if one of the ideas feels like a good fit for you.

Overcome Fear of Rejection by Writing

Get through that process and then get back to writing. Overcome your fear of rejection by actually writing.

Keep writing. Keep learning. Keep sending your best work off to places where you think it will be a good fit. One of the most active ways to overcome fear of rejection is to write a lot, because you’ll become a better writer.

As you become a better writer, you’ll have more and better projects to submit.

If you keep submitting more work, you’ll risk getting more rejections, but remember what Babe Ruth once said, “Every strike brings me closer to the next home run.”

This man was known as the King of Home Runs. To achieve his record-setting 714 career home runs, he had to endure 1,330 strikeouts.

He trained. He practiced. He improved his swing. So it wasn’t sheer luck or a numbers game. Skill was involved, and I suppose analysis of the pitcher’s technique.

The author of an article describing Babe Ruth’s groundbreaking approach to batting says this wasn’t how the game was played before he came along. A batter was supposed to get a piece of the ball, and maybe even sacrifice himself at times so someone else could get a steal.

But Babe was aiming for success. To get there, he had to reframe “failure.” A strikeout wasn’t really failure at all. He saw it as a “momentary setback” on the way to a home run.

Rejection Is Not Failure

For writers aiming for success, a rejection is just that: a momentary setback as you aim for success.

Believe it: a rejection is a momentary setback as you aim for success.

Don’t play it safe out of a fear of rejection. Don’t let that fear keep you from writing and sending out your work.

Step up to the plate and swing the bat. 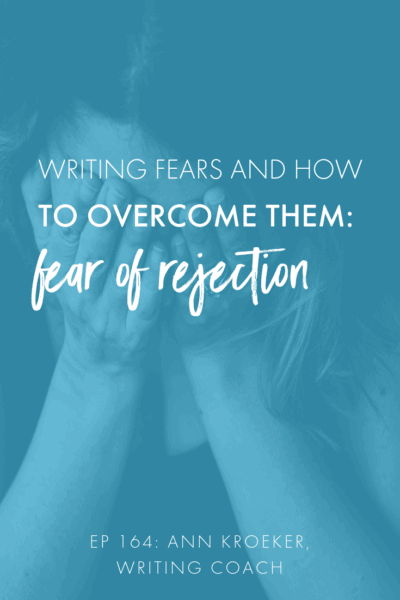 This content was inspired by ideas submitted by newsletter subscribers. Would you like to throw your own question or struggle into the mix? If you’re a subscriber, reply to one of the newsletters with your idea. If you’re not yet a subscriber, sign up using the form at the bottom of this post or in the sidebar. You’ll get my welcome message and next time I send out a newsletter, it’ll land in your inbox. Reply to any of those notes from me with your own question or idea. I’d love to hear from you.

You can subscribe to this podcast with Apple podcasts. If you subscribe, rate, and leave a review, you’ll help others discover this content and grow as a writer. In fact, you should be able to search for and find “Ann Kroeker, Writing Coach” in any podcast player.