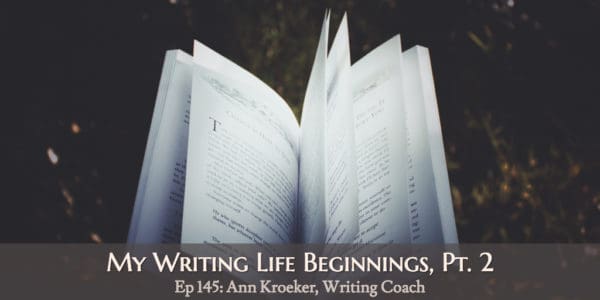 Note: This was originally published both at my website and at Tweetspeak Poetry back in 2013.

I signed up for an American Literature class. The instructor didn’t ask about my brother, and I understood what I read, like The Mill on the Floss and Their Eyes Were Watching God. I formed opinions—my very own—and wrote response papers that earned A’s and positive remarks from the professor.

My journalism course, however, turned me off. Plus, I couldn’t shake that memory of standing at the doorway to fetch the photo of the boy who had been shot. I didn’t want that life, so I abandoned journalism and switched to social work. The professor discouraged students from becoming social workers unless they were absolutely sure. I wasn’t sure.

So I switched majors again when I took a folklore class, because I loved the idea of capturing stories. But someone pointed out the limited career opportunities available to folklore majors, so I started to look for an alternative.

Then I took another English Literature class. Maybe I was reading Kafka’s Metamorphosis or Joyce’s The Dubliners, but I realized I loved literature when I understood the language.

Stories, words, ideas, themes. That’s what I wanted to dive into with my remaining time in college. I don’t know what I’ll do with it, I thought, but this is who I am: an English major.

Toward the close of a semester, I walked with my boyfriend toward the campus bookstore, wondering aloud about my future.

“What do you really want to be?” he asked.

“A writer? That’s fantastic! How about communications?”

“No, it’s too much like journalism and I hated journalism. I want to write creative things for magazines or books. I would love that.”

“Sure! You’d write fiction and poetry.”

“But I don’t write poetry.” I remembered the sonnets in Dr. Weber’s Shakespeare class. “I don’t understand poetry.”

So I signed up for Introduction to Creative Writing. I read Writing Down the Bones and learned about free-writing. I filled notebooks with countless words, pen on paper without lifting it for ten minutes, hoping to turn up memories and ideas to work with. We started with fiction and I wrote a story entitled “Fences” that no one liked—not even me.

Then we read and discussed poems, mostly contemporary. Some rhymed, but most didn’t. I understood some of them, but not all. Nobody seemed to mind, though I began to second-guess my right to be in the room with other students who grasped the meaning quickly and sounded intellectual.

We began to write our own poems. “Write what you know, ” the instructor advised. “Write from your own memories. Write about your childhood.”

So I wrote about dropping hay onto the heads of the cows as they leaned into the manger to eat. I wrote about my brother and his friends warning me that the devil lived in the window well. I wrote about sitting alone in the wooden pew watching the adults take communion at the Methodist church. I wrote about dancing in the barn loft as the afternoon sun streaked through the lone window facing west. And I wrote about my grandmother’s calico cat. None of my poems rhymed.

Every semester I signed up for another creative writing class. For one assignment, I wrote a poem inspired by a piece of art. I chose an Andrew Wyeth print my boyfriend’s mom gave me of a little boy sitting in a field. I invented a scene where the boy had run away, and the week I read it aloud, the instructor, who wore long peasant skirts and Birkenstocks, highlighted the last lines, reading them again, slowly. On my way across campus that afternoon, I pulled it out and read the last lines again to myself.

A few weeks later, I read aloud a poem I’d written about potatoes, and that same instructor leaned against the desk and listened. When I was done, I saw that she was staring out the window apparently deep in thought, and then she turned to us and expressed her delight in the poem’s exploration of work and play. “I love this!” she exclaimed. “The poem said so much in so few lines,” she said. “How did you do that?”

I just shrugged. All I did was write a memory about picking potatoes with my neighbor. I looked down at my poem and fiddled with my pen, afraid to look up at my classmates. After class was over, I walked across campus marveling that I had somehow created something strong and rich, something that held deeper meaning, something that delighted a poetry teacher.

Later in the semester, she asked me to stay after class. After the other students grabbed their backpacks and cleared the room, she leaned against the desk and suggested I submit some of my poems to our university’s undergraduate literary journal, Labyrinth.

A literary journal sounded too fancy for me. I wrote poems about potatoes and window wells and communion and my grandmother’s calico cat. Still, I listened as she told me where to buy a copy.

I thanked her, grabbed my backpack, left the room and headed straight to the student union feeling flushed, nerves prickling both arms. I found the current edition of Labyrinth sitting on a small table in the bookstore. I felt the slick cover and flipped through its pages, scanning some poems. I hesitated. It seemed reserved for people smarter and more academic.

Couldn’t hurt to buy it, though, so I plopped down my money at the counter and carried the journal back to my room. I found instructions for submissions printed on one of the inside pages, so with a wild fear surging all the way to my fingertips, I retyped my favorite poems and paused as I began to type my name. I decided to type “Ann” instead of “Annie.” I printed the poems and tucked them in an envelope. My earthy work in a literary journal? Crazy.

And yet, I found the Labyrinth office and dropped off the envelope in a metal in-box marked “Submissions.”

The journal contacted me and asked to publish four. Four. A deep hush of awe, even shock, stunned me silent. Then I turned giddy. The publisher asked me for a bio, so I looked for examples from that last edition. They talked about why they write. Without over-thinking it, I scribbled out, “I write, because no one listens to me.”

Within a few weeks, the next edition of Labyrinth came out and they sent me some copies. I pulled one out and ran my fingers over its slick cover. I flipped through and found my poems about the devil in my window well, communion, and my grandmother’s calico cat. My poem called “Runaway, ” inspired by that Wyeth painting, won top prize.

I told my parents about the journal and read my poems over the phone. I read my bio, too. They seemed upset and said they listened to me, so I apologized and said I was trying to be funny. They softened.

They laughed about my brother scaring me with the window well. We talked about communion and the big cross hanging in the sanctuary of the Methodist church. We remembered Grandma and the flowers she pressed to make bookmarks and cards, and how we saw her cat rub against her legs as we drove away from her house. And then, before we hung up the phone, Mom said, “We’ve never had a poet in the family.”

Events are told as I remember them; some names changed.