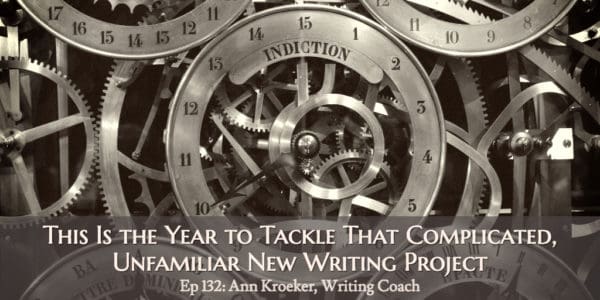 This fall, I traveled to New York City for the first time.

I’d been concerned about how to navigate the city; I’d never before been there. I didn’t know what to expect, and wasn’t sure how things work. Should we take taxis? The subway? Uber?

I was nervous. A little scared, honestly, because everything was so unknown and unfamiliar.

I said “yes” to the trip, did a little reading and research, and finally, I decided to trust that my traveling companion and I were smart enough to figure it out.

Once we were there, we found our way using Google Maps in “walking” mode. We turned the wrong way a few times—actually, every time—but we’d revise our path, turn down a different street, and you know what? We arrived at our destinations—even if it meant we took the long way a few times.

And we laughed a lot at how our first few steps were almost always in the wrong direction, but we eventually figured it out. We even hopped on the subway to visit some sights with no problem.

Once I familiarized myself with the unfamiliar, my concern shifted to confidence. My fear dissipated as we figured it out.

If you’ve never written a long literary essay—or something bigger, like a novel or a nonfiction book—you might be concerned about all the details involved in the process. It’s unfamiliar, so you might feel nervous, intimidated—even a little scared.

Writers who dread the learning curve and fear failure might put it off indefinitely and never even try to tackle that essay or book.

The best way to familiarize yourself with anything is to do a little research up front, and then…take a deep breath and dive in.

Drive to the city and find your way around. Open up Google Docs or Microsoft Word and start making an outline or writing the first chapter.

As you begin, you’ll start to see what you understand and don’t understand; what you have and don’t have. You’ll poke around and find answers to your questions.

Figure It Out as You Go

This is the year to tackle that complicated, unfamiliar new writing project.

Sure, you might get turned around at first, not having much of a plan. You might have to regroup or revise something after the fact. But there’s very little that can’t be reworked and reorganized, often with less effort than you thought.

If you’ve been putting off a project that feels foreign and you’re unsure how to tackle it, start writing it. Figure it out as you go.

And I suspect—I hope—you’ll find the unfamiliar will grow familiar faster than you imagined.

Fear Stops Us from Starting

I released a course this week, and if you’re curious about it, you can go to annkroeker.com/courses and it should take you to the page for my school. The course is called:

The Organized Writer: Tap into the Power of an Editorial Calendar.

I’d love for you to take a look at the description because if you’re in a state of overwhelm and fear regarding a big project that you have no idea how to create, I want you to know…I can relate. I know how you feel.

I was so intimidated by it, for ages I didn’t even start; for months, I resisted. I put off even playing around with things, dreading the learning curve.

Then, one weekend, I decided to trust that I was smart enough to figure it out, and if I ran up against something that confused me, I knew I could get answers along the way.

So I took a deep breath and dove in. I bumbled through some of the setup in the main software, but most aspects of it were simple and intuitive; a confusing task was easier to figure out than I expected. I plowed ahead and continued to run up against things that confused me, but I looked up tutorials and instructions, and got answers along the way.

My concern shifted to confidence as the unfamiliar grew familiar.

You’re Smart Enough to Figure It Out

We have to overcome fear to start. We have to trust we’re smart enough to figure things out—or find answers from other smart people who have figured things out and are willing to explain it to us. Once we start, we can begin to solve our problems.

As we solve those problems, what seemed so foreign, unfamiliar, and intimidating becomes normal, familiar…even ordinary.

This year, take the risk. Overcome your fear, and write something newer and bigger or more complicated and unfamiliar than ever before—tackle something you’ve always wanted to do, even if the process and project feel intimidating and scary.

Don’t be afraid of failure. Give it a try. Even if your first few steps are in the wrong direction, you’re smart enough to find answers and figure it out.

Before long, you’ll be talking about it like it’s a normal, ordinary activity.