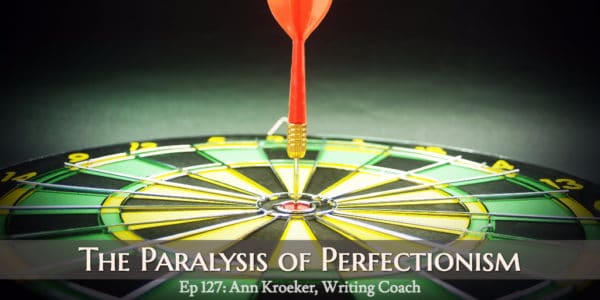 My husband is fluent in both French and English. During the first years of our marriage, I worked hard to learn some French on my own. I wanted to be functional in the language when we visited his family overseas.

I established basic grammar from used textbooks I picked up at bookstores, and my husband coached me on pronunciation. I bought a set of cassette tapes—yes, they were still around—and CDs, and eventually a video series, which I worked with nearly every day.

Over the course of five or six years, I built up a fairly strong base. But the times I actually visited Belgium, I relied entirely on my husband to translate for me. I knew my grammar would be off if I spoke, and I hated the thought of sounding like a child.

As a language person, I wanted to express myself perfectly. My career as a writer focused on my drive to find the best phrasing possible and make the fewest mistakes. I was too proud or vain or nervous or shy to try express myself in baby talk in another language.

In this arena of life, I was a perfectionist. I could have jumped in and made mistakes and learned along the way, but I didn’t.

One year we were in Belgium to attend my brother-in-law’s wedding, and on that visit my husband became gravely ill and was hospitalized. My in-laws helped me comprehend all the medical jargon throughout the ordeal, but day-to-day interactions were no longer translated for me by my husband because he had surgery and was confined to a hospital bed for several weeks of recovery.

If I wanted to purchase bread at the bread store or buy stamps or visit with family or friends, I would have to risk sounding like a child. I would have to let go of my stubborn perfectionism.

On that trip, on an unusually sunny afternoon, I left the hospital after a visit with my husband, and thought to myself, “Hey, you know, he almost died. Why on earth am I worried about how I sound to these people?”

And I decided I just didn’t care about how I sounded any longer—or, rather, that I didn’t need to care. Being too proud to speak French because I didn’t want to make a mistake seemed pretty silly and vain in light of our situation. I finally let go of my pride and perfectionism and self-consciousness and whatever else was at play. Better to use what I had and sound like a child—or, a foreigner, which is what I was—than to say nothing.

Starting that day, I tapped into the French inside me and started to speak.

When friends and extended family came to visit my mother- and father-in-law, I listened to the conversation and, on occasion, opened my mouth and spoke a little French. Everyone was so pleased to hear my attempts, they helped me along by supplying a missing word or gently correcting pronunciation or verb tense.

Grocery store clerks leaned in and listened to try to understand my question or spoke slowly when I explained I was American and spoke only a little bit of French.

The woman at the bread store gladly bagged up my requests when I pointed at the pistolets and baguettes and held up my fingers to indicate the amount of each and followed up with merci.

I’d take my kids to the park and listen to other children’s chatter. If they talked to me, I’d tell them my children and I spoke English but if they repeated it slowly, I’d try to understand their French.

My French got better. Fast. By taking the risk of sounding immature and imperfect, I willingly made mistakes, rapidly gaining skills and learning how to wield the language.

Use It and Improve

Because I wasn’t so uptight or nervous, my brain relaxed. I could tap into the knowledge I had accumulated to speak as thoroughly and accurately as I was able, knowing it wasn’t perfect. By putting myself out there, imperfect and humble, I added words and phrases to my repertoire, collecting appropriate responses to certain scenarios and situations.

As my vocabulary grew, so did my confidence.

All because I decided to let go of my perfectionism and not worry about what I sounded like—or, rather, to accept where I was at and what I was capable of at that stage of language acquisition.

My husband made it through that whole ordeal, by the way, and is running half-marathons on a regular basis…just to relieve your mind about his illness. The extended stay during his recovery helped, too, forcing me to be immersed in that language even longer.

My point? I do have a point that relates to us as writers.

So many of us are held back by the sense that we need to be perfect in our every attempt at writing. In fact, we feel so proud or vain or nervous or shy or the need to be perfect, we keep our writing attempts tucked away in our computer and refuse to share anything with anyone.

We don’t publish a creative piece even on social media, for fear of sending something into the world that sounds maybe a little immature or babyish. We hesitate to share our ideas because they don’t seem as thoughtful or developed as someone else’s words sound online.

Maybe you published a blog post once and it went out with some grammatical issue and someone made a big deal about it in the comments. They made you believe that perfect prose or poetry was the only acceptable content to share in any medium. Their criticism shut you down; you haven’t published since, even though our digital writing can be corrected at any moment.

In Search of the Perfect Beginning or Ending

Or, instead of writing multiple short stories or poems, you’re so worried about your one-and-only work-in-progress, you’ve revised the ending thirty-six times over the course of five years, and it’s still not quite right.

Find Ways to Write (a lot) and Share (a lot)

This perfectionist mindset keeps us from jumping in and making mistakes along the way so we might rapidly gain skills and learn how to wield the language. It’s as if we refuse to “speak” and don’t progress as writers.

Somehow we need to find ways to write and places to share our writing in order to grow more quickly and gain skills and knowledge and confidence.

I first heard a story on the Active Growth podcast and later found it referenced in the book Art & Fear. It goes something like this.

A ceramics teacher told his class he would divide them into two groups. One group would be graded on quantity—so much so, he said he would weigh the pots they made and give an A to those students who produced 50 pounds of pots.

The other group, he said, would be graded on quality. They only needed to produce one pot, but it would need to be outstanding—perfect—to earn an A.

At the end of the grading period, the pots were evaluated—all of them from both groups. Which group produced the most outstanding pots? 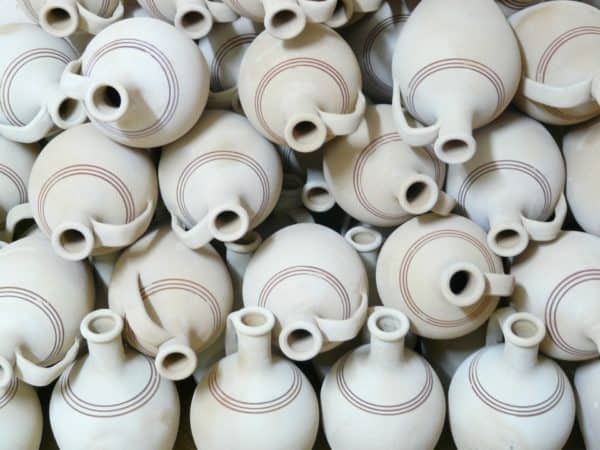 That group—the quantity group—made pot after pot after pot. Presumably, they didn’t care too much about their early attempts. They created with freedom to make mistakes because mistakes had no bearing on their grade—they’d been told from day one it didn’t matter what the pot looked like. It only mattered that they made lots of pots. Perfectionism wasn’t even part of the discussion.

By making a lot of pots in a row, they rapidly gained pottery-making skills and got better, fast. They handled so much more clay than the other group in their quest to create a quantity of pots, they developed ceramics techniques and learned how to work with the clay and form it into a beautiful pot.

The people in the quality group, God bless them, must have labored over their one, precious creation. In doing so, however, as beginners, they worked with limited skills and experience. Their goal of perfectionism held them back from creating a lot of art. They didn’t feel free to make some wonky-looking pots in the early stages. Theirs had to be perfect.

Make a Lot of Pots

One way to improve as a writer, is to make a lot of pots; that is, to write a lot. Produce a lot of work and start sharing it with others.

If perfectionism is holding you back, let go of the pride or vanity or nerves or shyness and put yourself out there. Experiment in places where you can easily push out a quantity of ideas and creative expression—on social media, for example, or on a blog. There, if you leave out a comma or leave in a typo, it’s not the end of the world. You can go in and change it.

Just write poorly. Continue to write poorly, in public, until you can write better.
I believe that everyone should write in public. Get a blog. Or use Squidoo or Tumblr or a microblogging site. Use an alias if you like. Turn off comments, certainly–you don’t need more criticism, you need more writing…

If you know you have to write something every single day, even a paragraph, you will improve your writing. If you’re concerned with quality, of course, then not writing is not a problem, because zero is perfect and without defects. Shipping nothing is safe.

The More You Write, the Better You’ll Get

The more you write, the more rapidly you’ll gain skills. Instead of fussing over your one-and-only novel, write some flash fiction. Instead of laboring over one or two poems, work through a book or website that offers weekly prompts and write a poem each week, just for fun. Share it on a website or a Facebook group for poets. For nonfiction, write micro-essays on Facebook and share them with friends and family. Or, like Seth says, start publishing articles or blog posts daily on your website.

By removing the thought that these early efforts will be submitted to a major literary journal, you’ll learn to formulate ideas and express yourself in sentences and paragraphs.

You’ll learn how to form beautiful work as you write and share freely, learning as you go.

You’ll grow as a writer, piling up the words like pots on a scale.