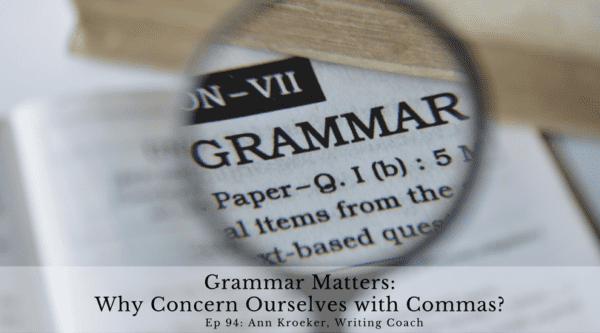 If you’re new to writing, you may be unaware of the fierce debate among writers, editors, teachers, and grammarians over the use of the serial, or Oxford, comma. If you’ve been around the world of words a while, you know the tension, the arguments, the passion associated with this tiny punctuation mark used—or not used—in the specific scenario of a series.

The serial comma, also known as the Oxford comma, is the last comma you’d use in a list that includes three or more words or phrases and a coordinating conjunction. The comma would be placed just before the final “or” or “and.” For example, if I said, “I love articles, essays, poems, and podcasts,” a serial comma would be the comma you’d place just after “poems” and before the word “and.”

It’s often referred to as the Oxford comma because, as Oxford Dictionaries explains, “it was traditionally used by printers, readers, and editors at Oxford University Press.”

The AP Stylebook vs. The Chicago Manual of Style

Style guides tend to fall into two camps on the use of the Oxford comma. The Chicago Manual of Style, for example, often used by book publishers, “strongly recommends” its use in every series—use it by default, they urge, because it prevents ambiguity.

The Associated Press Stylebook, usually referred to as the AP Stylebook, is used by many newspapers and magazines. This style guide prefers using the serial comma only when clarity is needed. Otherwise, leave it out by default. It’s a space-saving measure, for one thing, and leaves the page one stroke cleaner and less cluttered.

Both philosophies agree that the use of the comma achieves the goal of avoiding ambiguity. The difference is that The Chicago Manual of Style argues that using it by default will avoid an oversight. So if you or the place you write for says to use the serial comma all the time—even if the sentence would make sense without it—you or the place you write for falls in the “Oxford comma” camp.

How Can a Missing Comma Cause Confusion?

What kind of ambiguity or confusion could be caused by leaving out one little bitty comma?

Mental Floss offers up several examples of confusion caused by leaving out that key comma. One is a book dedication that may have been invented. It reads: “To my parents, Ayn Rand and God.” It’s missing the serial comma that The Chicago Manual of Style would urge adding directly after Ayn Rand. With the Oxford comma missing, the dedication implies that this person comes from an implausible but unforgettable lineage—that his or her parents are Ayn Rand and God.

You can poke around online and find numerous examples of how the Oxford comma helps avoid combinations that would lead to confusion or at least bizarre images. And, as I said, the AP Stylebook would agree to include it to avoid confusion. In that respect, we’re all on the same page.

But it’s worth our time to consider the implication of leaving it out when it really ought to have been included. A week or so ago, a United States Court of Appeals handed down a ruling that hinged upon a missing comma. Maine’s overtime statutes include a list that leaves out the serial comma so that you could read it two different ways: one interpretation would combine two actions to be one, and another interpretation would separate them to be two different activities. Including the comma would have cleared things up.

A dairy in Maine interpreted the meaning of the phrase one way, and its drivers interpreted it another way in a case involving overtime pay. And with that, we all saw that serial commas are serious business.

Smithsonian Magazine provides a brief explanation of the case and quotes Judge David J. Barron: “For want of a comma, we have this case.”

No matter where you fall on this usage philosophy, I hope you agree we must at some point and to some degree concern ourselves with commas.

Don’t let confusion or fear of comma placement keep you from churning out your first draft—that’s not the stage when you pore over each dotted “i,” crossed “t,” and serial comma. But at some point, later in the process—certainly as you proofread it before sending it off—take a closer look.

And turn to the style guide that suits your project to check on the little things. Style guides exist because grammar matters. Punctuation matters. Our writing choices—even the smallest ones—really do matter.