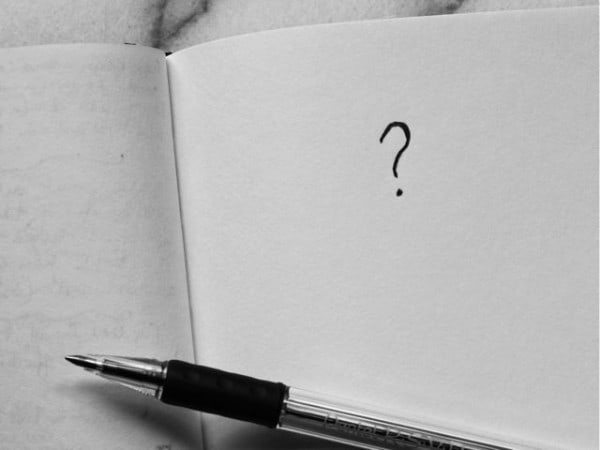 In each month’s Curiosity Journal, I invite you to peek inside as I document six areas that ignite a curious mind: learn, read, write, play, try, listen. This month, I’ve been focusing on the Play Project, which comes to a close on the 31st. Though the project officially ends, I hope its invitation spills into the rest of the year.

There’s not enough time in my life to explore everything that interests me, but I’m reading, listening, watching, and learning all I can.

This month I made play my theme. I read about it, practiced it, promoted it. I’m convinced I’ll continue to benefit from incorporating play into every single day. But just as I suspected, if I don’t schedule and plan for it, life and work will take over and next thing you know, the most fun I’ll have is a periodic click over to Facebook or Twitter. Or another round of Words with Friends.

I wanted to lead the way, modeling creative and ambitious play outings and play projects. I set out to crochet a scarf, visit the art museum, and shoot a bow and arrow. Instead, I colored, read H is for Hawk (see below), and drew childlike flowers in my journal.

That’s not how I intended to fulfill my January Play Project.

But I learned lots of other ways to play from friends who joined in.

I'm going to be sad when the #playproject ends, @annkroeker. I think I'm hooked enough to do it all year. 😊

Others played with their food, like Lisa Taylor Phillips and Laura Lynn Brown.

I said I'd invent a soup this week. It's not a soup, but it is Last of the Rotisserie Chicken, End of an Onion, Mushrooms and Pitas on Sale, Moderately Spiced Pita Pockets. #playproject #playingwithmyfood #ludwigfilter

Like I said, I didn’t lead this project by undertaking big, audacious activities like I intended, but maybe my meager, modest ideas quietly reminded people to break away from the hustle and strain of life’s burdens to do something playful.

Maybe this month some people slipped away for two hours to watch a movie or 20 minutes to bake some cookies. Maybe they experimented with a new app or played Settlers of Catan with friends. Maybe they danced, colored some poems, created some art, explored a new neighborhood, toured a museum, or wrote a short story.

Maybe they learned, like I did, that regardless of our challenges and limitations, we can pause…to play.

One of my goals is to enjoy and curate good content to share on my Facebook page and Twitter feed. The more I’ve been doing this, the more Twitter has become the primary place I’m sharing a lot of interesting stuff, so scroll through for snippets and teasers to see if something catches your eye.

Sometimes I get so focused on professional development, I forget to read something for pleasure. When John Blase recommended H is for Hawk by Helen Macdonald, I secured a copy through my library and dove into it, learning about falconry and the author T. H. White (among other things, including WWII aircraft) through the experiences and insights of the author as she processed a profound loss. Macdonald’s poetic prose inspires me to work at my writing. She sure knows how to integrate metaphor, for example. Consider:

I wave my hand in front of her face. She appears not to see it at all. Her eyes seems as remote from thought or emotion as a metal dish or a patch of sky. (Kindle edition, end of chapter 16, “Heat”; 52%).

It’s turned cold: cold so that saucers of ice lie in the mud, blank and crazy as antique porcelain. Cold so the hedges are alive with Baltic blackbirds; so cold that each breath hangs like parcelled seafog in the air. (Kindle edition, beginning of chapter 26, “The flight of time”; 80%))

I read the book simply for personal pleasure, not realizing how gory it would be (trained falcons kill things, and she offers vivid description), but I finished it inspired to press for a higher level of excellence in my writing.

After a friend quoted from The Best Place to Work by Ron Friedman, I decided to take a look at it. I skipped forward to Friedman’s chapter on play that examines the benefits of unconscious thinking, breaks (and rest, including sleep), and exercise. Regarding unconscious thinking:

When we try to solve a problem consciously, we tend to think in a rigid and linear fashion. But when we absorb a problem and then set it aside, the ideas that pop into our heads are far less obvious. The unconscious mind is less constrained in its approach, stumbling upon associations that are often inaccessible when we’re focusing too hard. (56)

He points to the power of unconscious thinking and how play invites creativity. One trick is to think like a child in order to free one’s imagination, see the world from a different angle, and lose inhibitions. The older we get, the more we believe play is wasteful (or so we’re taught in a world stressing productivity). However, he observes, “[A]s the complexity of our work increases, play can actually serve as a vehicle for innovation, by providing opportunities for unconscious thinking to occur” (59).

He says play rewards exploration, problem-solving and risk-taking, and what does it all lead to? It “helps us cultivate an attitude of curiosity and interest” (59).

Some workplaces have gone so far as to install activities such as a climbing wall (Twitter), arcades (Zynga) and volleyball courts (Google). But the activities alone aren’t the answer; managers need to encourage a playful mindset and atmosphere. So install a Ping-Pong table, sure, but challenge someone to a match now and then. If an employee builds a pyramid out of Styrofoam cups in the break room, admire it. Celebrate it. Encourage it.

This month, I met a big deadline, reminding me to continue writing and submitting on a regular basis, to appreciate the challenges and emotions my clients face.

Her family also introduced us to a game they call “Pirate’s Dice,” inspired by a scene in “Pirates of the Caribbean: Dead Man’s Chest.” (You can find similar instructions here.) Not only is this bluffing game fun (and noisy); it uses homemade cups they carved from a branch that fell from the catalpa tree in their back yard…but you don’t need to handcraft the holders yourself; hard plastic cups will work just fine.

Big play day for the launch of the #playproject – learned a new game: "Pirate's Dice" (inspired by a scene in "Pirates of the Caribbean: Dead Man's Chest") with homemade cups. 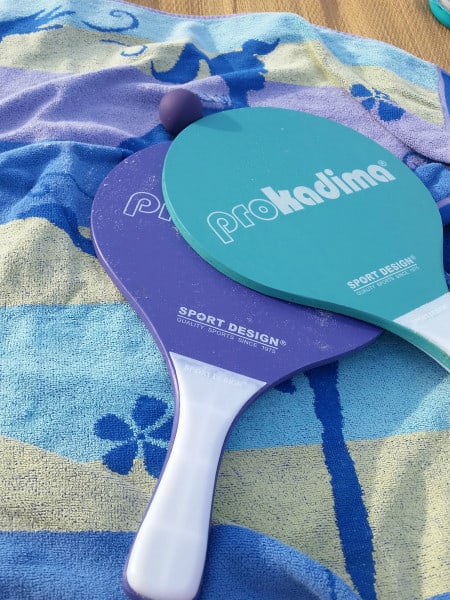 At the grocery store in Florida, on New Year’s Day, I saw these. It’s a paddle game people play at the beach. We used to own a set, but they’ve been misplaced or lost.

I held up this brightly colored new set to show my husband. “I thought we could try this?”

“An investment in play,” he said. 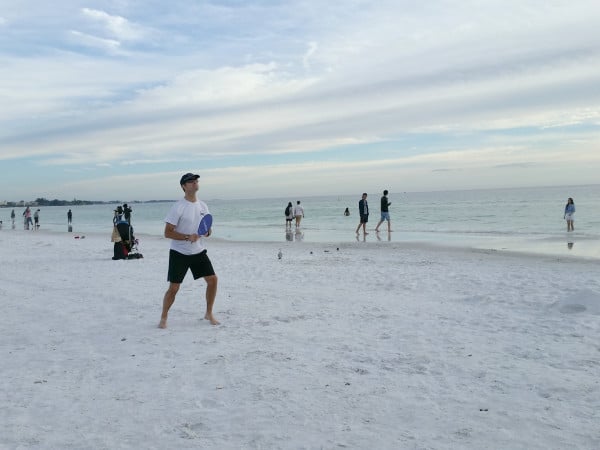 Christina Hubbard sent me a link to a story by Harry Lee (“Hal”) Poe, who purchased a 78 rpm recording of C. S. Lewis from an eBay dealer in Iceland, despite knowing Lewis had never given a lecture on the topic, “The Norse Spirit in English Literature.”

Turns out C. S. Lewis served a “clandestine branch of British Intelligence” during WWII and recorded the lectures to be played as propaganda in an attempt to “help win the hearts of the Icelandic people,” so they would feel okay about Great Britain’s invasion. Read the fascinating account.

Dr. Poe says he’ll host the first public playing of the recording in July 2016, in Oxford (more information about that reading will be found here: Inklings Fellowship).

Since I won’t be in Oxford in July, I may never hear the clandestine Icelandic lecture that Dr. Poe acquired, but the whole idea of a C. S. Lewis lecture got me wondering if any other recordings exist. Why did I never explore this before?

Curious, I poked around and discovered Justin Taylor assembled links of all the known audio recordings of C. S. Lewis speaking. Here are two excerpts:

Since I was a teen, C. S. Lewis’s words have influenced my mind, my faith. I’m so grateful to hear his voice for the first time.

I’ve always valued, even nurtured, a healthy, holy curiosity that tends to stretch me, surprise me, and lead me to a more creative and productive life. Tracking the month’s curiosity discoveries reminds me to stay open, ask questions, try new things, play, and pass along my discoveries to others.