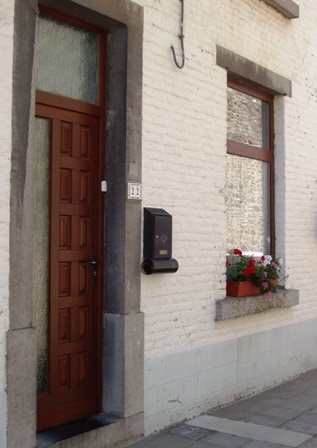 The world of my childhood centered on a small farm in the American Midwest where my parents leased out the fields and kept a herd of cattle. We gobbled down all-you-can-eat catfish at small-town diners and overheard farmers discussing crop rotation. I never expected to travel outside the United States—a trip to Florida was exotic enough for me. As for learning a second language, everyone around me spoke English. Why bother with anything else?

Then, a year after college, I met a guy named Philippe who grew up in Europe and spoke fluent French. The son of American missionaries in Belgium, he grew up speaking English in the home and French everywhere else.

Within an hour of meeting him, I made a request. “Say something in French!”

“What should I say?”

I melted. Although his passport indicated American nationality, as far as I was concerned, this guy was a foreigner.

Less than two years later, I married him.

After our stateside ceremony, we flew to Europe for our honeymoon and another wedding reception—a seven-course meal with his family and friends. His two brothers-in-law, an Italian-Belgian and a French-Dutchman, told animated stories that my new husband translated for me. I quickly learned the standard greeting among friends—a light air kiss, la bise—and observed how the Belgians hold their forks in the left hand during meals, tines down, without switching to the right. 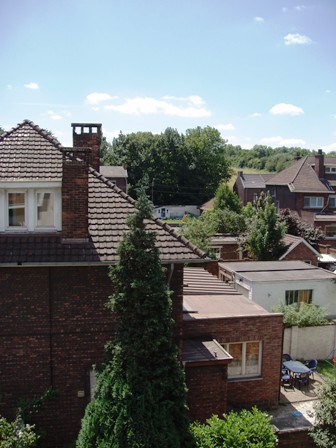 We returned to Belgium a year later for a more relaxed visit. I could say a few French phrases by then and had practiced holding my fork the Belgian way. Late one evening, Philippe and I sat in his parents’ living room with some of his siblings. Everyone spoke English so that I didn’t need a translator. They drank Belgian beers while I sipped tea.

I asked what it was like growing up as Americans in Belgium.

“Well,” his older sister began, “the years I was growing up, Mom was still adjusting to the culture, making embarrassing language and social faux pas.”

“All our friends loved her American chocolate chip cookies,” his brother interjected.

“True,” she conceded. “But my point is that by the time you two boys came along, Mom was fluent in French and made pretty good coffee. So you and Philippe seemed much more Belgian. In fact, compared with the rest of us, Philippe seemed to be the most Belgian of all.” She turned to her siblings. “Don’t you agree?”

“We figured he would come right back after college and settle in,” she said, “so imagine our surprise when he was the one who went and married the foreigner.” 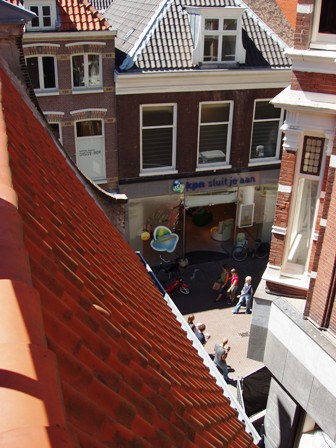 I stared at her. Foreigner? Who’s she talking about? I glanced at Philippe. I thought I was the one who married the foreigner?

I lost track of what anyone said for a minute—my head was swirling, spinning, cracking open, it seemed. I gripped my teacup and absorbed the dizzying realization: I’m the foreigner!

It was like I’d glimpsed a Europe/Asia-centered map that splits the United States in two—the world I’d always known just shifted. I never saw my country, my family, or myself the same way again.

Several years later, Philippe and I flew to Belgium with our kids to attend the wedding of that same sister-in-law, the one whose story rocked my world. She married an Ecuadorian man. Friends and family feasted, sharing stories that were translated throughout the room into French, English, Spanish, and Italian. I listened to the laughter of men, women and children from several nations, tribes, people and languages—celebrating. Together. At a marriage supper, no less.

I felt I’d glimpsed what’s yet to come, and never saw the world the same way again.

This post originally appeared at The High Calling and is reprinted here under a Creative Commons license.