When I was in South Carolina back in early January, I wanted to try shrimp and grits. This dish is a staple on restaurant menus and in homes, but most cooks use cream and cheese in their versions. Since I have been avoiding dairy, I decided to try to invent my own variation. 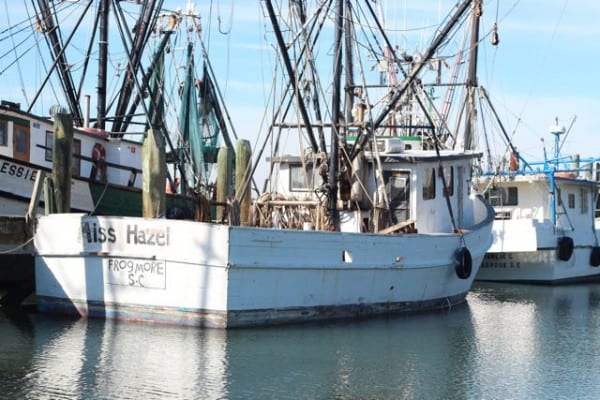 I clicked around for ideas and found Bobby Flay’s version and this Easy Shrimp and Grits recipe. It seemed, with some searching, that mushrooms, bacon, cheese, hot sauce or spices, and lemon showed up a lot. This Lazy Shrimp and Grits recipe finally inspired me to just throw together some things because with the main ingredients at the helm—the shrimp and grits—this dish would probably turn out just fine.

So I dove in. I made grits separately in a pot according to the directions on the side of the canister.

Meanwhile, I rummaged around in my vegetable drawer in search of mushrooms and/or red peppers, only to come up empty handed. I would have liked to try those in this dish, especially the red peppers. Perhaps next time. I also hunted for bacon, but found none, so I substituted ham. I recommend getting the bacon for added flavor. I don’t usually eat meat, but every single shrimp and grits recipe called for bacon. Next time I will get some of the real stuff. 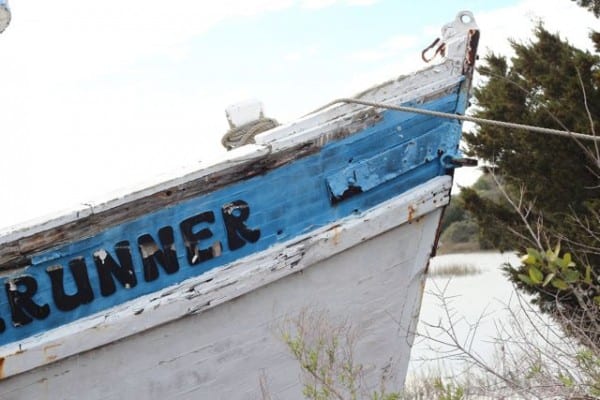 Finally, I had to figure out how to make some kind of dairy-free sauce that had interesting flavors. So I started by chopping some ham into bits and frying it up in a big skillet. As it browned, I added a bag of frozen shrimp (deveined but still in shells ready to peel), sauteing them in some olive oil. I minced and added in one small garlic clove and then poured about a cup-and-a-half (maybe two) of water with two chicken bouillon cubes. I shook in some chili powder, cumin, turmeric, salt and pepper (I have no idea how much). Then I shook in just a dash of onion powder.

At that point, it looked a little runny. I think the shrimp, having been frozen, released some water as it cooked. So I threw in a bit of gluten-free flour to thicken it up, and then I poured in a little Silk creamer at the end, but not too much. I adjusted the seasonings to the amount of kick and salt that I wanted, and by then the grits were done. 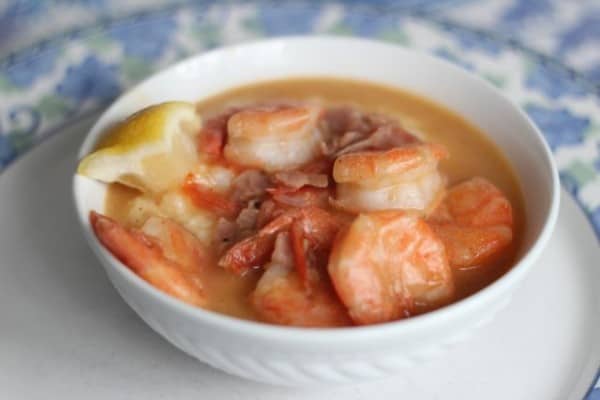 I dumped the grits into a bowl and then ladled the shrimp and sauce over the grits. I realized I should have peeled the shrimp, so I paused to take care of that and wash my hands afterwards. I came back with a wedge of lemon, squeezed it on top, and took my first bite.

I finished that one bite and paused to exclaim to my family, “This is amazing! You all do not know what you are missing!” You see, they all refused to try it. These Northerners are afraid of grits and not as nuts about shrimp as I am.

The sauce seeped into the grits with each bite, and the spices added depth to the sauce. Despite my sighing and exclamations, the family didn’t ask for a single bite. 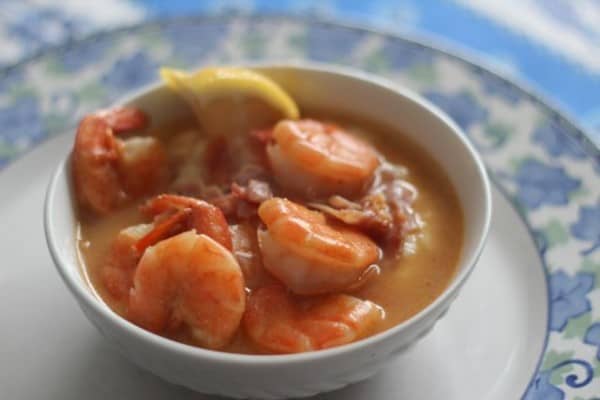 I don’t mind, though. More shrimp and grits for me!

Notes: next time, I will swap in bacon for ham (the ham didn’t add much, but it should have been crispier), add red peppers, and drain and peel the shrimp in advance (though I think the shells add some flavor). And I’ll track quantities of each item to be able to share a more specific recipe with you.