Most Wednesdays (or thereabouts) I’ve been recording a Curiosity Journal to recap the previous week using these tag words: reading, playing, learning, reacting and writing. Sometimes I mix up the order, just to keep you on your toes.

My husband and I tumbled into the world of “Downton Abbey.” We’re watching seasons one and two for free on Amazon.com through our Prime account.

One thing that is dampening this playful time-waster, and I do hate to complain because it’s my own fault to be so far behind, but… would you please ask your friends to stop exclaiming current plot twists on Twitter and Facebook?

Some fans have figured out ways to mask details and avoid spoilers. I appreciate those clever folks because exclamations like “TOTALLY sad. *sigh* #Downtown” and “Darn you, #Downton!” merely compel me to continue this frivolous journey all the way up to the current episode.

has come to an end. Dr. Prior has inspired me to read or re-read some classics, and I am inclined to revisit Jane Eyre.

I also pulled from a shelf some books on writing. I shall skim through them and determine which invites me to dig in.

Finally, I decided how to organize my devotional reading. For years I have followed a one-year Bible reading plan (I’ve used several different programs, most recently a chronological approach), but in 2013 I intend to focus on the New Testament. To that end, I will be following Discipleship Journal’s 5x5X5 plan, filling in the “reflection” days with a chapter in Proverbs and a psalm.

I was granted the privilege of wrapping up that THC book club series. Pop over to read my post and learn one of the many practical ways my husband expresses his love.

This morning, Tweetspeak Poetry published an article I wrote about teaching poetry to children, “There Are So Many Blues.” In December I wrote a similar post about inspiring poetry appreciation in my kids by incorporating family reading and recitation into our everyday lives. Too bad I didn’t keep that practice going. It comes, it goes. Last night, in honor of Edgar Allan Poe’s birthday, I read aloud “The Raven” to my eleven-year-old son, who did not remember hearing it a few years ago during lunch one afternoon.

His response? “That’s a pretty depressing, weird poem to read right before bedtime.”

Less artistic but hopefully über practical posts have been going live over at Get Organised. You can read about my recent decision to expect each of my kids to do his or her own laundry: an imperfect solution to a frequent frustration, but the best we’ve come up with so far.

Fort Fremont in South Carolina utterly captivated my kids when we visited a few weeks ago. We had the place to ourselves for about an hour. 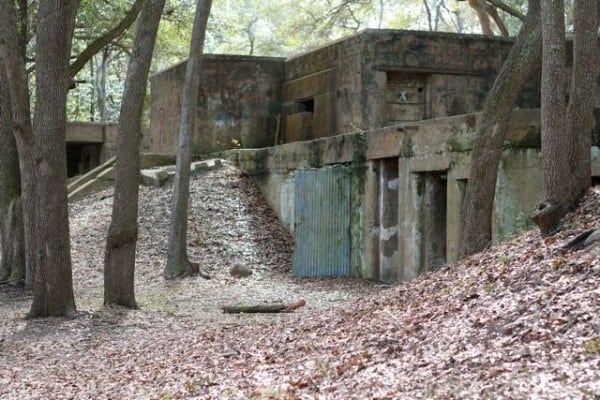 The kids meandered through the dark, graffiti-covered rooms and played some kind of secret agent game, posing for pictures along the way. 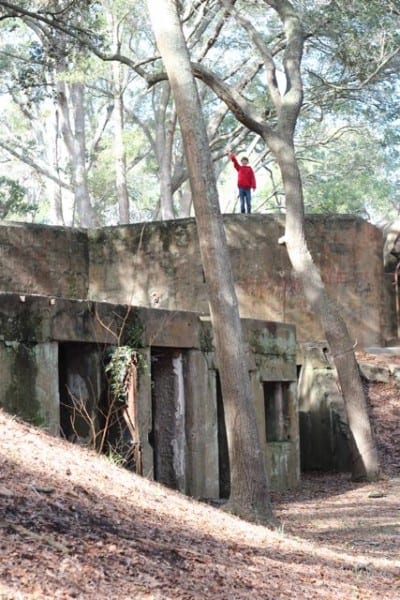 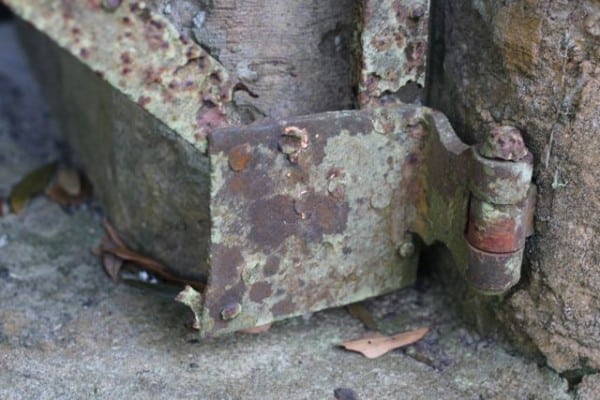 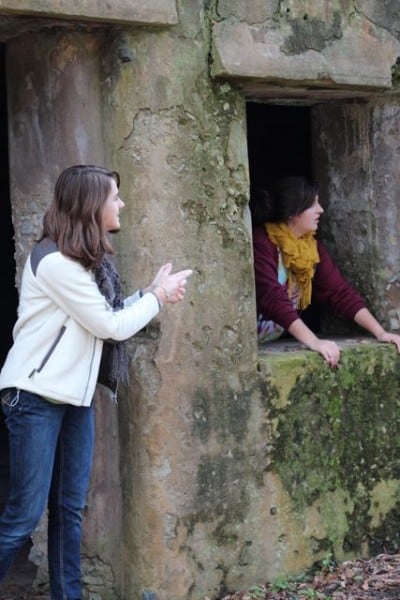 Just past the fort and down a rocky embankment: Port Royal Sound, and a small beach. 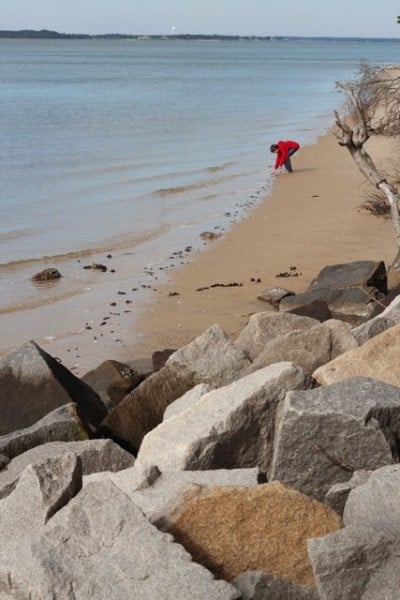 On the same trip, just a few days later, we visited Castillo de San Marcos in St. Augustine, Florida. The kids enjoyed their visit, but for reasons they couldn’t explain, didn’t feel like lingering. Perhaps because of the crowds and Park Ranger presentations that kept them from running around like secret agents?

Still, I remember visiting as a child, feeling enchanted. 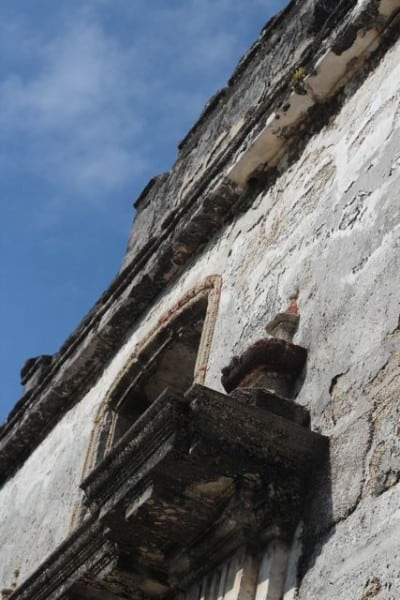 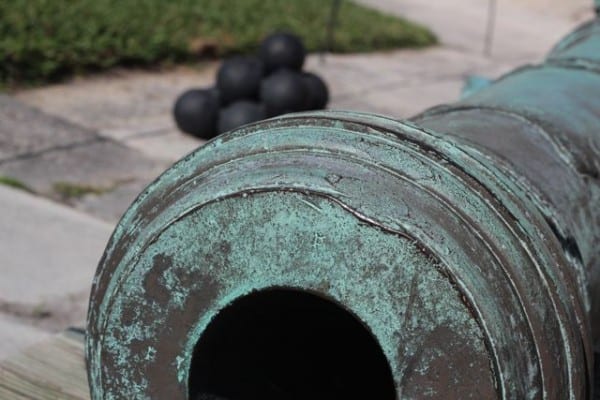 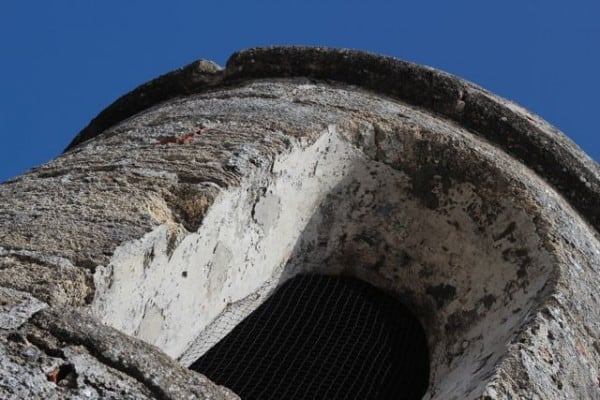 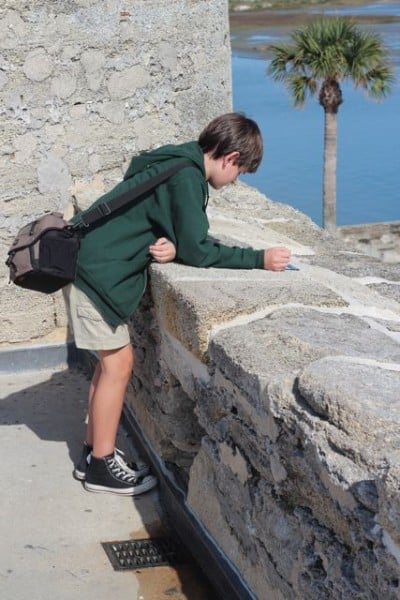 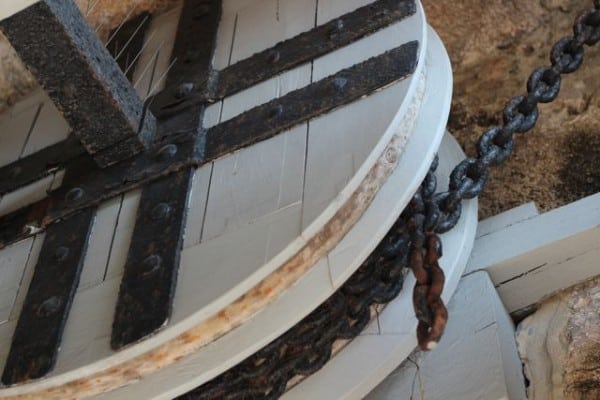 The day we arrived home from St. Augustine, as part of a New Year’s Resolution, I began sorting through a box of stuff that I’d been ignoring in my bedroom. I slid it out of the corner and pulled out a small white container holding odds and ends. In a jumble of screws, old keys, and picture hangers sat this souvenir from my childhood trip to St. Augustine. 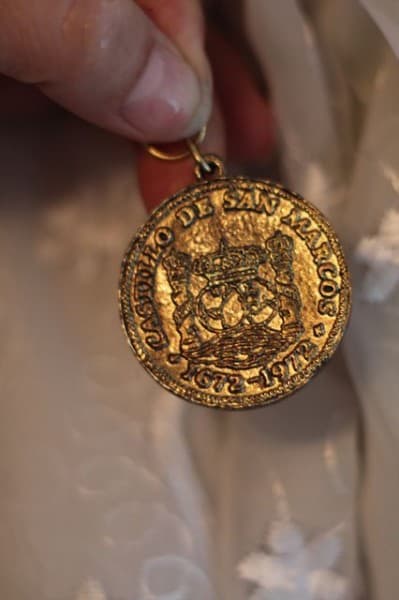 Such an odd coincidence, I thought. I’d forgotten this commemorative medallion that I’d saved, shoved into a box and ignored, only to unearth it two days after revisiting Castillo de San Marcos as an adult, decades later.

Similarly, just a day after we arrived home from that trip, I watched Forrest Gump because in South Carolina we had driven or walked past some of the film locations. In that same box that held my Castillo de San Marcos medallion, I found a collection of buttons I had saved from my youth, including this iconic smiley face. 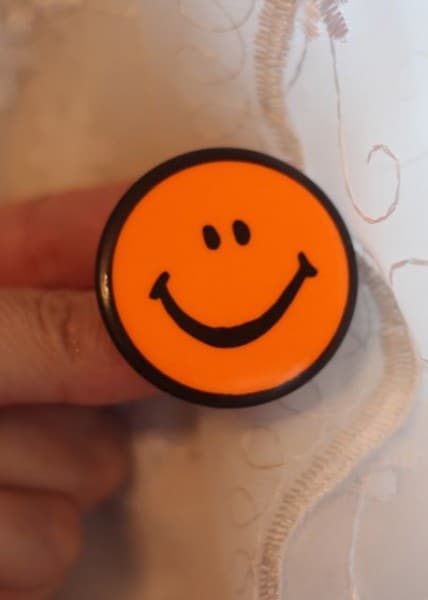 I’m not sure what to make of it all, so I’ll just leave you with this last little thought: