Continuing with chronological approach to reading through the Bible in a year.Trying to finish Drive, but, ironically, I can’t seem to get through it because I’m spending so much time driving my daughter to and from driver’s ed this week.

I once was in a writing group. A woman in the group wrote difficult, complex poetry that I barely grasped. She thought of herself as a lonely prophet living on the fringe of society, in a virtual wilderness, eating honey and wild locusts. In contrast, she told me I was like an inviting, cozy cottage where people were welcomed and found shelter in the warmth.I made a droopy face, feeling stylistically and intellectually simplistic. She conceded that my style was indeed more simple and encouraging than stark and difficult…but that it was good. People need a place to sit and seek comfort.Secretly, I wished I were more artsy and could sling metaphors and symbolism around with more confidence, but I eventually accepted that this is who I am, a bit plain, not only in my writing, but also in my basic personality.As a result of her intensity and intellect, the woman created stunning, lasting art. I think of her work as something like this:

As a result of my simplicity, I create, well, conversations. Accessible and plain, I think of my work as something more like this:

Over the weekend, the Belgian Wonder and I drove our RV to a state park and spent the night.We hiked the canyon. 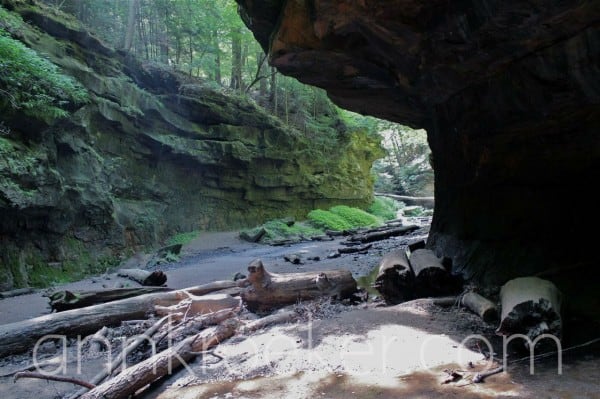 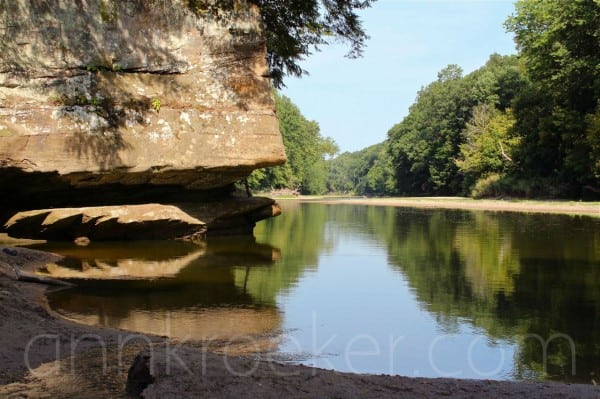 The summer drought intensified by triple digit temperatures made us think twice. We almost didn’t go.But the canyon was cooled by a breeze that slid through narrow rock walls and over a trickle of flowing water. 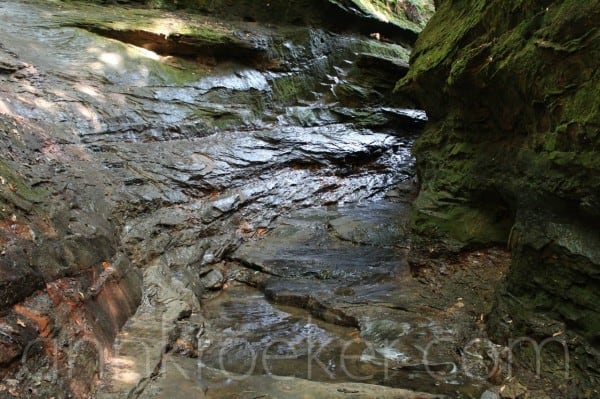 The northern part of our state is mostly flat; the southern portion boasts rolling hills. This small canyon is a topographical, ecological example of “erosion in Mansfield sandstone from the Mansfield formation.”

This formation was deposited during the Carboniferous period at the mouth of the ancient where sediments collected and compacted. This swampy environment formed many coal deposits which were mined in the late 19th and early 20th centuries. The collapsed entrance to a coal mine is still a major feature of the park.During the Pleistocene Epoch the Mansfield sandstone bedrock was carved into the current distinct formations by glacial meltwaters and their associated erosion. Turkey Run features many common features of glaciation, including glacial erratics, till, and scoured canyons from erosion by melting glacial waters. (Source: Wikipedia, an editorial correction 7/13/12 prompted by commenter Linda—see below—who offered a more scientific explanation for my consideration that I am now passing on to readers) 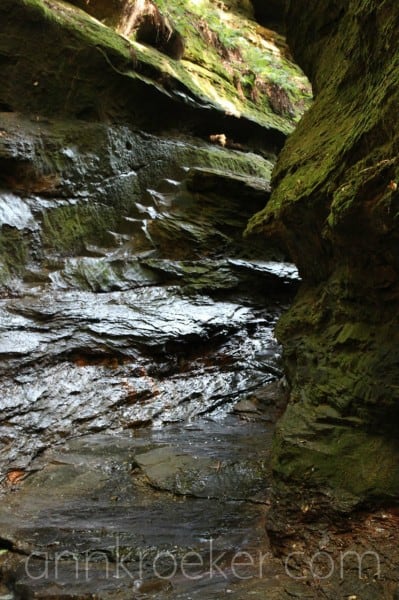 I’m sure my husband tired of hearing me murmur, “I love the way this smells” and “This is so cool!” and “I can’t believe this is just a couple of hours from home!” 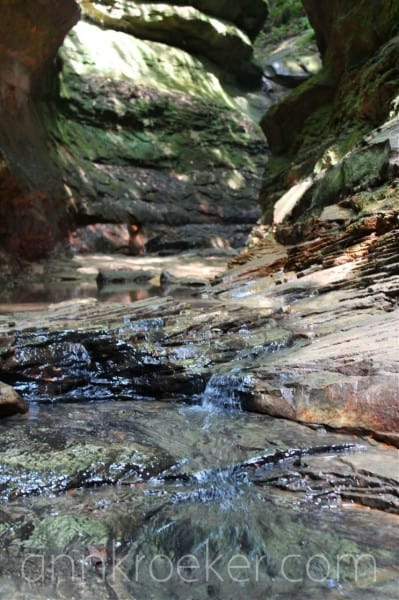 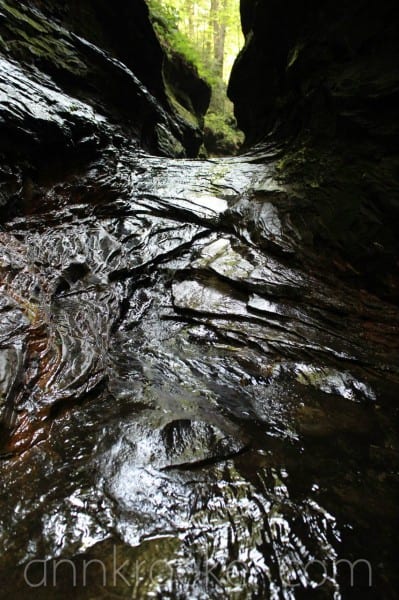 This afternoon’s forthcoming article at The High Calling (Wednesday, July 11, 2 p.m. ET) is by Deidra Riggs, Managing Editor at The High Calling. She explores the question of whether or not women (or men) can “have it all.”It’s a response to the question posed in the cover story of the July/August 2012 issue of The Atlantic. I hope you slip over to read Deidra’s piece, perhaps weighing in with your own thoughts on the debate. (The High Calling link won’t work until after 2 p.m. ET.)

Would you like me to create for you a line drawing of an elephant holding an orange poppy in his trunk?

All images by Ann Kroeker. All rights reserved. You may “pin” in a way that links back to this post.