I’m an easily distracted reader—distracted by other books, that is—so even though I have two other titles in progress, I did go ahead and launch Drive: The Surprising Truth About What Motivates Us

, and already the opening story intrigues me. Author Daniel H. Pink tells about an experiment conducted with rhesus monkeys where researchers created a simple mechanical puzzle that would seem easy for a human but challenging for a lab monkey. After placing the puzzles in the cages, researchers observed initial reactions. This introduction was intended as preparation for problem-solving tests in a couple of weeks.Almost immediately, however, without any outside urging or prompting, the monkeys played with the puzzles “with focus, determination, and what looked like enjoyment. And in short order, they began figuring out how the contraptions worked” (Pink 2).Accepted ideas of the time would have assumed that the monkeys needed a little modeling of how the puzzle worked, or some prompting—a reward, perhaps, like food, affection, or even soft applause when they succeeded. Solving the puzzle resulted in no obvious gratification. What was happening?The researchers ran through all the usual motivations, and then landed on the possibility that there is a drive different from the others: that the performance of the task is itself a reward, an “intrinsic reward.”The monkeys simply liked solving the puzzles. 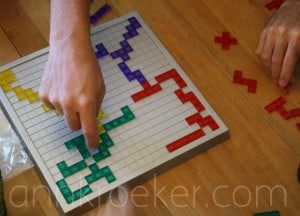 Pink goes on to talk about other experiments that attempted to study motivation and gratification in humans, as well…and those studies revealed that we aren’t always enticed by a dangling carrot.Perhaps we dig into a new project or puzzle not because we’re getting paid for it, but simply because we’re curious. Maybe curiosity is the engine keeping us in motion, driving us until we’ve solved, completed, or in some cases mastered whatever is required with that particular undertaking.I don’t think that curiosity is Pink’s overarching theme of Chapter One, but it sure seems clear to me: The monkeys initially poked around with those puzzles out of curiosity.And I often do the same.I don’t mean that I poke around at puzzles out of curiosity. I mean broadly that curiosity engages and sustains my attention and interest more than any external reward until I have arrived at resolution, solution, or mastery. Whether I undertake a domestic interest such as learning a new recipe or a technological task such as learning a new program, curiosity sends me out to learn and grow. 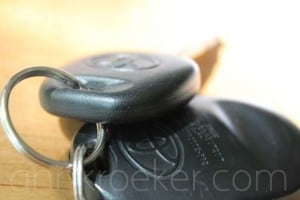 Our second daughter just obtained her learner’s permit. I took her to the empty parking lot of a nearby church for her first informal driving lesson. This church lot, though small, happened to be the closest empty parking lot; it also happened to be the church where the Belgian Wonder and I were married.I slipped the car into park, turned off the engine and tossed the keys on the driver’s seat. Then I jumped out and ran around the van to ride shotgun while she ran around to take the driver’s seat. As she adjusted her chair (longer legs than mine) and settled in, I explained how to turn the key, press the brake, put the gear shift into D, and slowly accelerate. And how to stop. And how to turn left and right. And back up. And turn around.After we pretended to arrive at some stop signs and execute clean turns, I gave her the freedom to just drive wherever she wanted to in that tight area. She slowly swirled around the parking lot, weaving around light posts and bushes. She curved around one set of parking lines and pulled right in front of the church.”This is exactly how the limousine came down,” I said. “It drove up to this exact spot to pick up your papa and me on our wedding day to whisk us away to our hotel.””Really?” She seemed only mildly impressed with the first few minutes of my married life. After all, she was driving a car for the first time in her life.As I reminisced, she continued to practice turning around the parking lot, and I was glad I brought her there for her first attempts at maneuvering this vehicle. Learning to drive, like so many things, is a big undertaking, not to be entered into lightly.

Reading a book by someone named Daniel H. Pink may have influenced my decision to include these shots.But I did want to share with you the unusual number blooms on the hydrangea bushes. It’s a veritable explosion of pink. 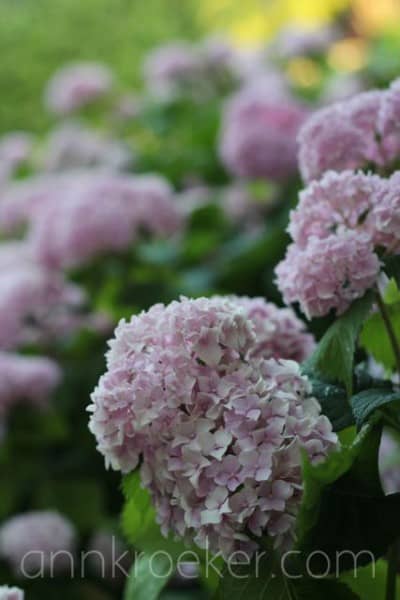 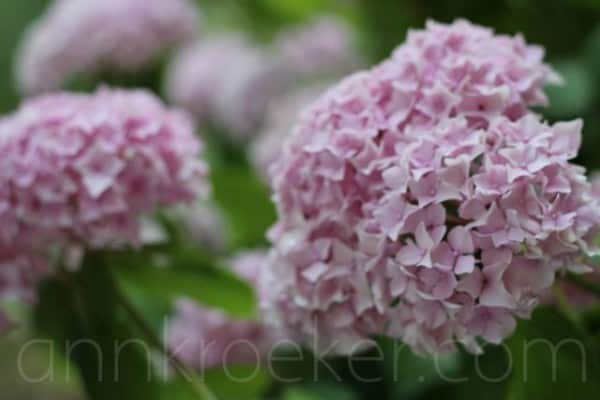 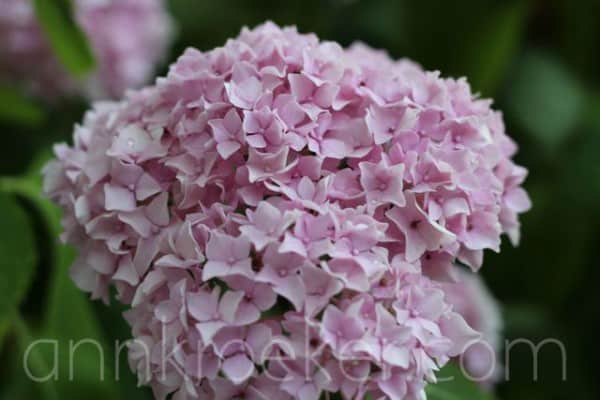 On the other side of the porch, the lilies are in bloom. 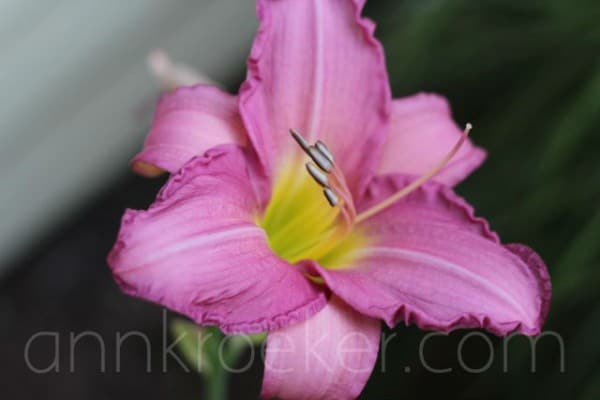 This one seems so feminine, so delicate, each petal edged like the hem a swishy summer skirt.

I have been praying for Colorado, clutching a proverbial mustard seed close to my heart and asking for mercy.Please send Your mercy, Lord. Please send rain.

What Your Childhood Memories Say about You . . . and What You Can Do about It by Kevin Leman has encouraged me to scribble down some of my childhood memories, preserving them in quiet places. I hold them there to ponder, to consider how they formed me, and to discover what I might need to do about them today.

All images by Ann Kroeker. All rights reserved. You may “pin” in a way that links back to this post.