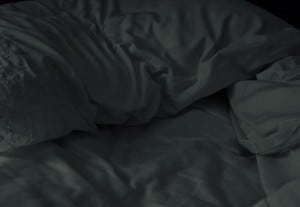 I drove last week to a meeting with someone I hadn’t seen in a while—someone known for reacting unpredictably. There were reasons the meeting could be tense, even volatile; or, it could go smoothly. I had no way of knowing how the interaction would unfold, nor could I control it.

The night before the meeting, I lay awake in bed and stared into the deep midnight-silence imagining worst-case scenarios and concocting a mental flow-chart of potential responses to those scenarios. By the time I awoke from what shallow rest I’d managed to secure in-between these restless planning sessions, I looked ragged and worn, like someone who stood outside a bar nervously dragging on a cigarette all night.

In the shower that morning, I remembered a verse I’d read a few days before, a verse that tries to adhere to my mind like press-on letters every time I encounter it. The morning I read it, I repeated it throughout the day, mentally tracing its words—its truths. I needed to cling to the words as they tried to cling to me.

But by the time I was gearing up for that dreaded meeting, I’d let the verse slip away. As it slipped away, so did its message, and I ended up wide awake on that troubled night when I welcomed worry instead of rest.

So after my shower, after breakfast, after loading the car, I drove to the meeting retracing the truth in my head and my heart, silently repeating it, owning it.

As it turned out, the meeting went about as well as it could have possibly gone.

Most of the time, I sat silent while the other talked. I listened, nodding, smiling serenely.

I needed only to be still.

When the meeting was over, I drove home, humbled. 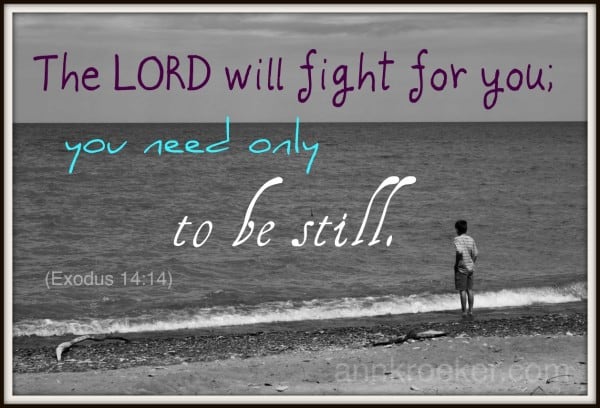 Moses answered the people, “Do not be afraid. Stand firm and you will see the deliverance the LORD will bring you today. The Egyptians you see today you will never see again. The LORD will fight for you; you need only to be still.” (Exodus 14:13-14, just before the parting of the Red Sea, as the Egyptians were bearing down on them)

Photo by Ann Kroeker, edited using Picnik.com. (Update 2/17/12: this photo image is replacing artwork that accompanied the post when it was first published; I couldn’t locate the original or the artist to credit, so I pulled it down.)