I pulled out my camera to snap some pictures of the four-inch-thick family Bible my dad recently acquired from a distant cousin—second cousin once or twice removed, or something like that. This particular family Bible belonged to Dad’s grandparents, but had been passed down another branch of the family tree. Until now. It recently leaped to our branch due to the generosity of the cousin who inherited this massive heirloom only to decide that Dad would appreciate it much more than she ever would. 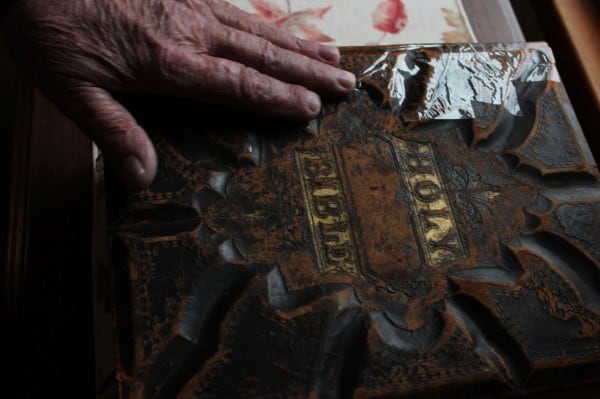 So she presented it to him a few weeks ago, and now it sits regally on a buffet in my parents’ dining room, with space to the left for it to be opened wide and perused.After monkeying with my camera settings to accommodate the natural light from the window, I snapped some photos, flipping pages to discover some vintage artwork and family records of marriages and births. 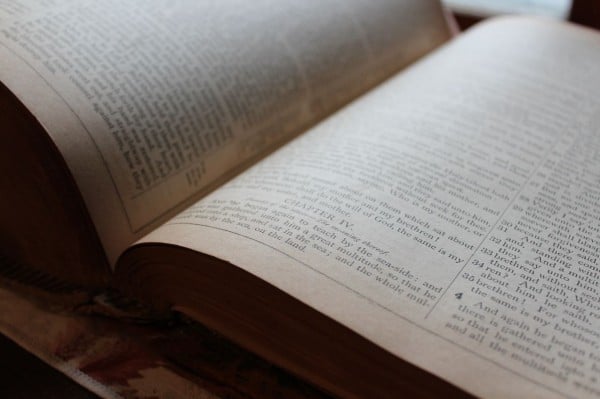 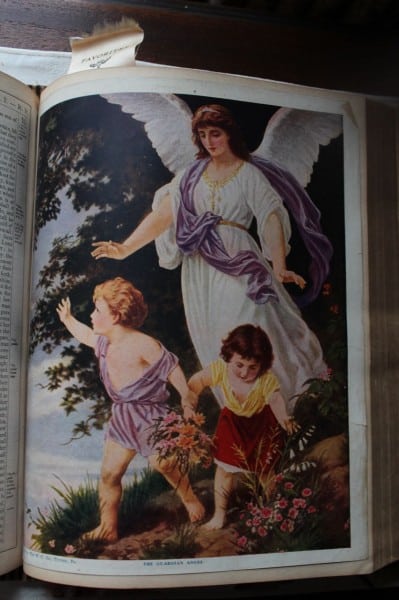 Then Dad came in to turn to the pages he found most significant, such as the one that notes the date of his grandparents’ marriage, the Bible being my great-grandfather’s gift to his wife on the occasion of their wedding. 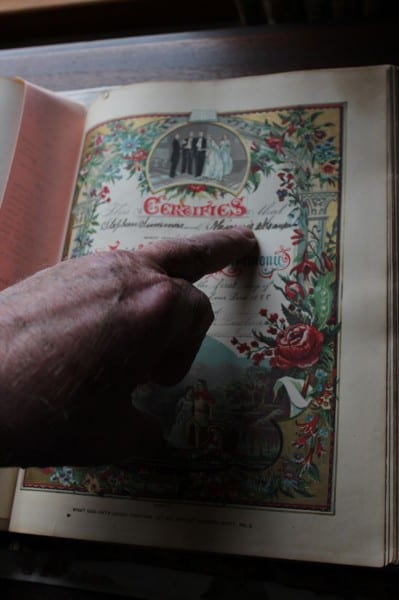 (By the way, Dad is not offering a vulgar gesture; he often points with his middle finger.)Even my dad’s birth in the late 1920s is the last on the “Memoranda” page, his name duly recorded in blue ink and old-fashioned script. 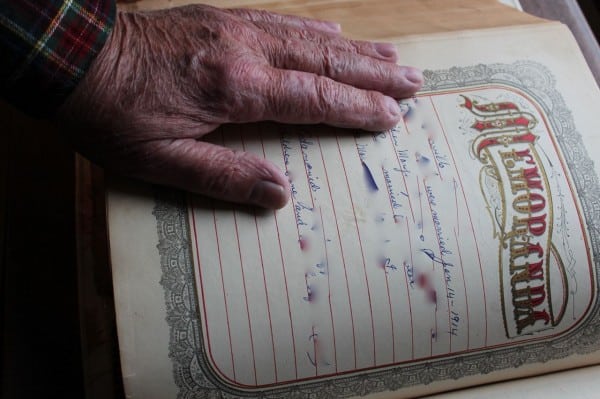 I admired the pages Dad pointed out, nodding as he explained the relationships. When he paused, I mentioned the “Temperance Pledge,” which intrigued me. 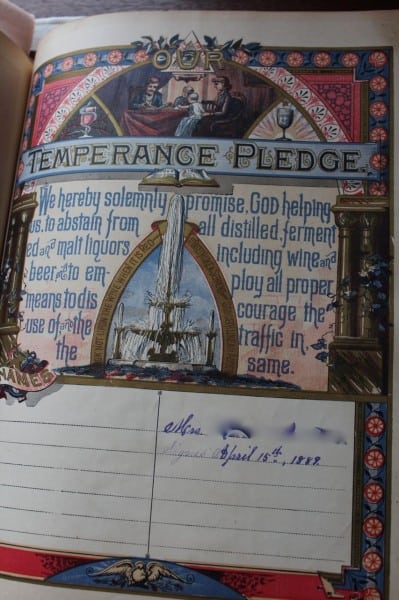 “Oh, yes,” he said. “My grandmother was active in the temperance movement and the women’s movements, too.”I read the pledge carefully:

Temperance PledgeWe hereby solemnly promise, God helping us, to abstain from all distilled, fermented and malt liquors including wine and beer and to employ all proper means to discourage the use of and the traffic in the same.

Though I have obscured my great-grandmother’s name, you may notice that she signed and dated it on April 15, 1889. You may also observe that the spot for a signature on the left remains empty. She recorded her commitment on the right, leaving that left area open and available, just in case anyone decided to join her in the pledge. I guess in her household, the plural pledge of “we” ended up being a singular “I.”I wonder what held back my great-grandfather? The possibility of sipping bubbly cider that accidentally fermented on a late fall afternoon? The hope of sharing a beer with his buddies?There is more to the story, I’m sure. The names and dates are nothing more than facts, statistics. Behind them lie the stories.The Bible with its lush illustrations and family notations is lovely, but stories? Those are what I crave. Both the family stories…and the Bible’s.

Credits: All photos by Ann Kroeker. All rights reserved.