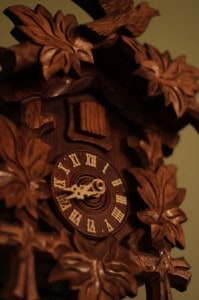 Saturday night I tore off pieces of a Post-It to mark passages in Staying Put: Making a Home in a Restless World

. As I reached the last lines of the last chapter, closed the book and set it on the bedside table, I continued to think about story and place and self and how they overlap and interweave. I wanted to wrap up the book and move on…perhaps to start writing more stories instead of simply talking about their importance.

But first, the wrap-up.

Sanders makes a case for story trumping data when he quotes Flannery O’Connor, who admitted feeling, she said, “a certain embarrassment about being a storyteller in these times when stories are considered not quite as satisfying as statements and statements not quite as statistics…in the long run, a people is known, not by its statements or its statistics, but by the stories it tells” (157, 166).

What are we passing on? What content are we preserving on Facebook and blogs, in journals and memoirs? By what stories will this generation be known?

Sanders answers the question in part by telling his own stories. For example, he tells of returning to one of the places he lived when he was young. After revisiting old haunts, he ended up in a church, entering through an open back door. He observed the “squeaky pine boards of the floor,” child-sized tables used in Sunday school, and hooks where the choir would hang their robes. He continued:

Every few paces I halted, listening. The joints of the church cricked as the sun let it go. Birds fussed beyond the windows. But no one else was about; this relieved me, for here least of all was I prepared to explain myself. I had moved too long in circles where to confess an interest in religious things marked one as a charlatan, a sentimentalist, or a fool. No doubt I have all three qualities in my character. But I also have another quality, and that is an unshakable hunger to know who I am, where I am, and into what sort of cosmos I have been so briefly and astonishingly sprung. Whatever combination of shady motives might have led me here, the impulse that shook me right then was a craving to glimpse the very source of things. (190) 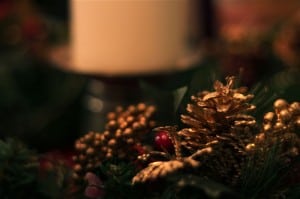 But I have discovered that many people don’t relate to this. Perhaps they simply live in the moment without any desire to dig deeper into the soul or memory. Curious, they are not…at least, not about the past that makes the self. I, on the other hand, continually feel questions arise and want to find answers, seeking to know better who I am…and who I am becoming.

Aren’t we all becoming in the sense that we are always living yet another page in our story?

As we are busy living our stories, we aren’t necessarily telling our stories. When we venture to take on the role of a storyteller—an essential role, I believe—we add complicating layers. By revisiting our stories and reflecting on them, we can potentially affect the memories.

Sanders considers these layers and revisions and the tricks they can play on us. That visit of his to the tiny dot on the map known as Wayland represented the challenge of those layers:

There is more to be seen at any crossroads than one can see in a lifetime of looking. My return visit to Wayland was less than two hours long. Once again several hundred miles distant from that place, back here in my home ground making this model from slippery words, I cannot be sure where the pressure of mind has warped the surface of things. If you were to go there, you would not find every detail exactly as I have described it. How could you, bearing as you do a past quite different from mine? No doubt my memory, welling up through these lines, has played tricks with time and space…certain moments in one’s life cast their influence forward over all the moments that follow. My encounters in Wayland shaped me first as I lived through them, then again as I recalled them during my visit, and now as I write them down. That is of course why I write them down. The self is a fiction. I make up the story of myself with scraps of memory, sensation, reading, and hearsay. It is a tale I whisper against the dark. Only in rare moments of luck or courage do I hush, forget myself entirely, and listen to the silence that precedes and surrounds and follows all speech. (192-193) 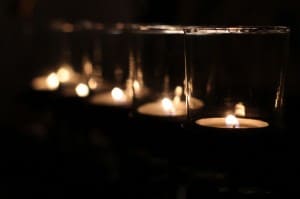 It’s a bold statement to say that “the self is a fiction.” Is he right? Do we add to our story? Do we forget? Are we gently fabricating the self that we are, by telling ourselves a version of our past that makes the most sense, or sounds the best?

Do we fictionalize ourselves to the point of believing ourselves to have been far better, stronger, gentler, wiser, and funnier than witnesses would attest?

Or do we beat up on ourselves by fictionalizing and believing ourselves to have been far worse, weaker, harsher and more naive and blundering than witnesses would attest?

How can we revisit memories and tell our stories and understand ourselves in a way that is true, even if not 100 percent accurate?

All in order to continue becoming.

Note: This book is a title that I bought with my own money and selected from my personal library to read, enjoy and share briefly with you here. I was not compensated in any way by anyone nor did the publisher or author provide me with a complimentary review copy. My “reading” posts are not intended to be reviews; instead, I generally compose personal responses to passages from books I’m reading, focusing on the portions that I enjoy and pretty much ignoring sections with which I neither agree nor connect.Credits: all images by Ann Kroeker, all rights reserved.