Some of you have mentioned that you’re keeping a Curiosity Journal, as well. If you do, leave your link in the comments so that we can visit and enjoy your weekly review.

Several years ago, a friend of mine and I were browsing shelves at a used bookstore, and I reached up to pull down Staying Put

. That title, Staying Put: Making a Home in a Restless World

, represented a kind of resignation; I grabbed it knowing I needed to accept my fate, though my heart crumpled into a little wad as I placed the book in my bag and brought it home.Having lived my entire life in the same state, I’ve always wondered what it would be like to pack up my books and my clothes and shed a lot of my clutter in order to try a different state—even a different country. I married this Belgian-born guy and always thought I might get a chance to live overseas; alas, I’m still here, staying put.I figured Sanders might convince me to bloom where I’m planted, or at least refuse to wilt.In his chapter entitled “Settling Down,” he describes an afternoon when he and some friends opted to stay on the porch as a storm blew in:

Above the trees and rooftops, the murky southern sky crackled with lightning. Now and again we heard the pop of a transformer as a bolt struck the power lines in our neighborhood. The pulses of thunder came faster and faster, until they merged into a continuous roar.We gave up on talking. The four of us, all Midwesterners teethed on thunderstorms, sat down there on the porch to our meal of lentil soup, cheddar cheese, bread warm from the oven, sliced apples and strawberries…In the time it took for butter to melt on a slice of bread, the wind fell away, the elm stopped thrashing, the lightning let up, and the thunder ceased…We gazed at one another over the steady candle flames and knew without exchanging a word what this eerie lull could mean. (97-98)

They debated about heading to the basement when the civil defense sirens wailed, warning residents to take cover. Sanders and his wife and friends ended up staying. He reports on the rushing of wind, his physical reaction, his momentary sensation that he was riding the wind even though they simply sat there in the candlelight.The tornado missed them by half a mile.He goes on to describe the Millers, a family from his youth who suffered from three tornadoes tearing apart their home, yet they refused to budge. They rebuilt each time.

Psychologists tell us that we answer trouble with one of two impulses, either fight or flight. I believe that the Millers’ response to tornadoes and my own keen expectancy on the porch arose from a third instinct, that of staying put…These tornado memories dramatize a choice we are faced with constantly: whether to go or stay, whether to move to a situation that is safer, richer, easier, more attractive, or to stick where we are and make what we can of it. If the shine goes off our marriage, our house, our car, do we trade it for a new one? If the fertility leaches out of our soil, the creativity out of our job, the money out of our pocket, do we start over somewhere else? (101-102)

Sanders acknowledges that mankind exhibits nomadic tendencies, citing early man crossing the land bridge to North America, explorers and the like. The United States formed because of those pilgrims and immigrants who ventured from the Old Country to the New, and frontiersmen and prospectors who explored and headed out to test the possibilities of new places.But, he wonders, what about those who choose to attend to a given place?He writes:

To become intimate with your home region, to know the territory as well as you can, to understand your life as woven into the local life does not prevent you from recognizing and honoring the diversity of other places, cultures, ways. On the contrary, how can you value other places if you do not have one of your own? (114)

Toward the end of the chapter, after he discusses ecology and the need to preserve our place, Sanders recreates a scene from King Lear, when blind and wretched old Gloucester begs his son, Edgar, to lead him to the edge of a cliff so that he can leap to his death. Edgar tricks the old man into thinking they are at the brink of a bluff at the edge of the sea:

Gloucester kneels, then tumbles forward onto the level ground; on landing, he is amazed to find himself alive. He is transformed by the fall. Blind, at last he is able to see his life clearly; despairing, he discovers hope. To be enlightened, he did not have to leap to someplace else; he only had to come hard against the ground where he already stood. (118)

I am still here, living on the hard Midwestern ground I’ve always known. Many times I dream of leaping someplace else—not to my death; rather, I think of a move as a potential rebirth to a new, warmer climate, perhaps, closer to the sea. It’s probably nothing more than wanderlust based on the reckless notion that the grass is greener on the southern side of the country.Staying put is probably the thing to do, but I do so long to sit in the sunshine somewhere…to walk barefoot on warmed sand…to eat fresh seafood and snap pictures of blooming flowers and green leaves.But for now, I’m here, same as always, trying to make what I can of it.

Decorating the tree really does feel a little like playing… 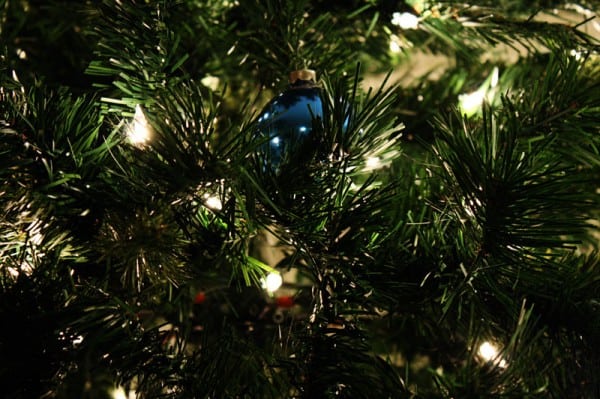 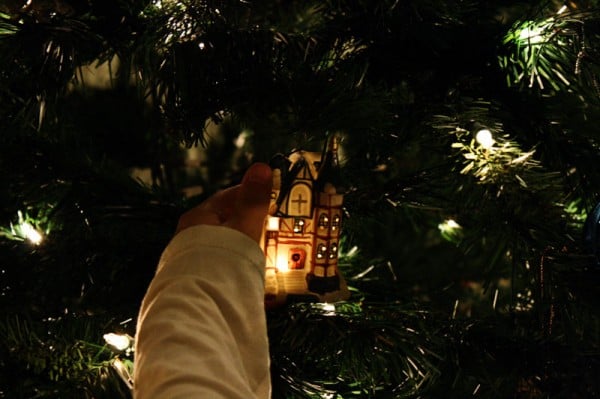 I always have the honor of hanging the bronze-colored “Sputnik” ornament my mom let me have from my childhood. 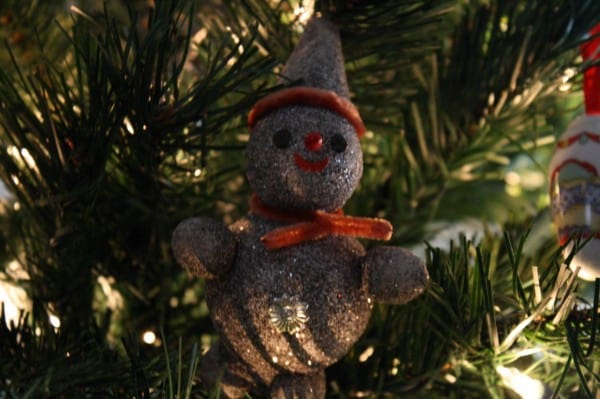 One disappointment: discovering that a shiny pink globe that I loved was broken. I was too sad to photograph it.

Advent creates healthy pauses, slowing us, pulling us together for a few moments to pray and, however imperfectly, sing. 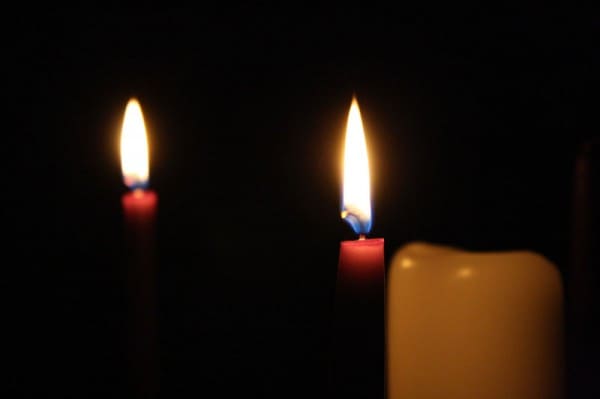 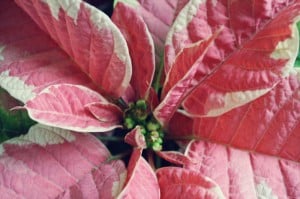 At our homeschool co-op, I lingered late, chatting with a friend. One of our board members grows poinsettias to sell at her orchard store. She had extras after the store closed for the season, so she gave each family a poinsettia as a Christmas gift. As I wandered to the front of the church after my chat in order to claim my potted plant, she handed me two extras. “Take them,” she urged.”Really? Three?””Yes. Take them. I’m done with them. I don’t want to haul any back home.”Delighted, I asked the kids to carry them to the van, where we tucked them into the trunk area and wedged in our backpacks so they’d stay upright.Now I can give one to my friend Charity, and have two on display at my place. 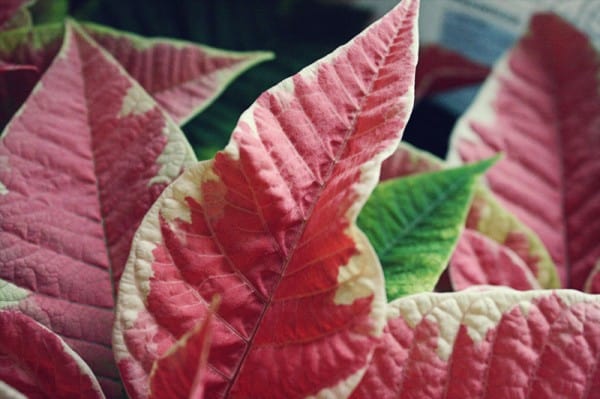 A splash of color to brighten dreary winter days.

The “language arts department” of our homeschool co-op has been putting together recommendations for next year’s writing, literature, worldview and logic courses. I’ve volunteered to consolidate our discussions and create the proposal for the board. Lots of e-mails flying back and forth as we finalize the document.

Credits:Photos: All images by Sophie Marie. Used with permission. All rights reserved.Sanders, Scott Russell. Staying Put: Making a Home in a Restless World