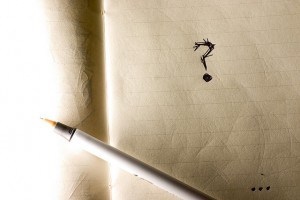 Now that home-school classes have begun, I find that I’ll be devoting several chunks of my week to reading and commenting on student papers. With only six kids in High School Composition, however, I can give their work close attention and provide what I hope to be valuable input.In our family, the kids and I are starting to read aloud Anna and the King, by Margaret Landon, and A Praying Life, by Paul E. Miller. We selected Anna and the King because the Belgian Wonder’s great-grandparents were missionaries in Siam and became acquainted with the author (I have yet to sort through those details, but that’s the bottom line). Reading the book seemed like a fun way for my kids to become familiar with a place that is woven into their heritage. 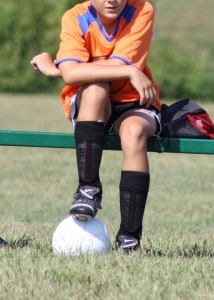 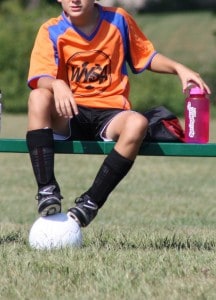 Some of us play; some of us chat. Some of us snap pictures or cheer; and a lot of us relax and read. 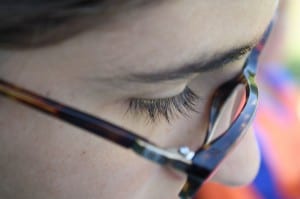 My son signed up to run with the middle school home-school cross country team this year. Though he’s one of the youngest runners, he said he wanted to try. When those first practices started up in the sweltering weeks of late July, he slipped on his running shoes and shorts, stuck on a cap, and came out to log a few miles with the team.But he’s slow. So slow, in fact, that he’s often passed by people walking. And he complains a lot. And as the season has progressed, he sometimes just quits halfway through the practice and sits on a bench, chatting with the moms.One day, when I was frustrated at his complaining, I told him that there’s a place inside all of us, a spot, that we all have to draw from.”What’s that spot?” he asked.”It’s the ‘I-don’t-want-to-do-it-but-I’ll-do-it-anyway’ spot. You won’t learn about it in anatomy class, and it’s not a very good name—doesn’t exactly roll off the tongue—but it’s a very important spot.”He nodded.”You have to draw from that spot for homework, for chores, and you really have to draw from it for cross country practice.””My spot is reeeeeeeally tiny,” he said.”I know,” I said, nodding. “It’s very small, but it can get bigger. And the great thing is that every time you do something you don’t want to do, it gets a little bit bigger.””It’s just a teeeeny-tiny sesame seed,” he said, holding his finger and thumb together so that they almost touched.”But if you go out and do the whole workout,” I assured him, “the spot will get a little bit bigger, and then the next time you have to do something you don’t want to do, it’ll be a tiny bit easier.””No, it’s a poppyseed,” he interrupted, trying to land on the best metaphor.”So,” I continued, “are you going to finish the workout today without complaining? Because I guarantee you that not one of these runners wants to go out and run two miles in the hot sun, but they’re going to do it anyway, and they aren’t going to complain about it.””Their spots must be huge!” he said.”Not necessarily. But their spots will be a little bigger when they’re done, that’s for sure.”He agreed to finish the workout, and he did it with only minimal complaints. After, he announced, “I think it’s a sesame seed now. It went from a poppyseed to a sesame seed.””That’s progress,” I said. “Good job.” 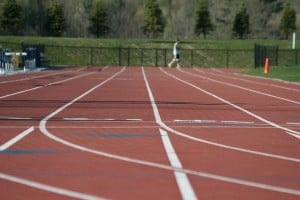 Weeks have passed, and some practices go better than others. The other night, we were running around a track, one hundred meters fast/one hundred meters slow, for a minimum of eight laps. It was tough, but the air temperature was cool and tall trees offered lots of late-afternoon shade. My son did six laps and was threatening to quit. The last few runners were coming in, and the assistant coach was passing out team shirts. I had told my son earlier that if he didn’t do the workouts, he wouldn’t get a shirt.”Am I going to get a shirt, Mama?” he asked as he rounded the curve and came up to where the team was grabbing water bottles and cooling down.I moved close to him, so the others wouldn’t hear. “You’ve done some of the workouts, but remember at the park last week? You just ran a little bit and gave up. So, no. You aren’t putting in enough miles to run a meet, so there’s no reason for you to have a shirt.””I’ll finish the workout tonight! I’ll do two more laps!””You have to do the fast 100s fast. And you’ll have to do every workout between now and the first meet or you won’t be ready.””I’ll do it!” he exclaimed, taking off like a flash. I watched him go around, and he was really working. I realized that up until that night, he’d never really pushed himself; but right then, he was moving along strong. When he completed the final lap, he came in breathing hard, sweating.”Now that was a workout!” I said. “That’s what it feels like to run. You actually look flushed and sweaty, like you pushed yourself.””Can I…get…a shirt?” he asked between intakes of breath.I hesitated, not knowing if he’d done enough to pull off a meet. But there he was in front of me, heart pounding after earnest aerobic effort, walking around a little to cool down. His fast-twitch muscles were probably twitching for the first time, in a good way.Even though the shirts are overpriced, and even though he has a long way to go, I said yes. “Yes, you can have a shirt.”He clapped his hands and the assistant coach handed him an adult small, which was a little bit big, but not too bad. He pulled it on over his T-shirt. When his head popped through, he was grinning big.I was talking with two parents when he strode over and stated, “Tonight, I think the spot inside of me has grown to the size of a volleyball!“Then he skipped back to his sisters.The two moms looked at me funny. I grinned. “I suppose I should explain about the volleyball-sized spot?”

The writing class I’m facilitating is going to be challenging at times, but I guess I’m going to draw from that spot inside of me and just do it. My spot’s pretty big, I think. Maybe the size of a soccer ball. 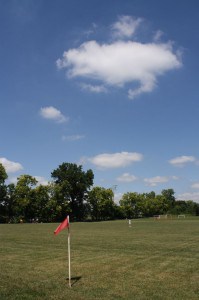 Though much of my writing has been prep work for the class, my part is mostly done. Now it’s up to the students to do the writing and revision.And I can get back to a writing schedule and rhythm of my own.I’d like to be a more reliable blogger and contribute to The High Calling more often.I did write a little post for Writer…Interrupted about families and scheduling.I’ll leave you with a shot of the soccer fields I mentioned in that piece. This shows the line of trees where the children pick up nuts.