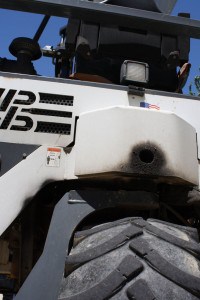 “I think you have some shingles for me,” I said, as I greeted the driver of a delivery truck.”It says I’m supposed to put them in front of the garage…in front of the garage…in front of the garage.” He chuckled and pointed to the order form. Sure enough, there it was in capital letters, at least three or four times: “IN FRONT OF THE GARAGE.”I laughed at his joke. “Well, let me move my van so you can get them up the driveway and ‘in front of the garage!'”We finalized exactly where the materials would go, and I moved a few things I was planning to take over to Goodwill and had inadvertently left in front of the garage.After I moved the giveaway items and the van, I followed him down the driveway so that I could get the mail. As we walked, I asked, “How’s your day?”He moaned slightly and slumped his shoulders.”Uh oh!” I responded. “Not so good?”He shrugged.”What happened?” I asked.”Oh…” he began, changing his mind about what to say. “Well, I had a really good lunch.”I was about to climb into the van. “What did you have?””I had the 12-Spice Chicken Pasta at O’Charley’s. And they forgot my salad, so I got a free dessert. It was this caramel thing, and it was good.””That’s great! You got a surprise at lunch, so maybe things are looking up?” I proposed. “Maybe this means your day is taking a turn for the better!”He just laughed and turned back to the truck. Then he stood next to the forklift and pointed. “You ought to watch me drive this.””Is it cool enough I should call my young son to watch?””Well, I’ve had some kids—and a few adults—say, ‘That is soooo cool.'”Obviously, I had to stop and watch. “Okay, I’ll park my van and then we’ll watch you drive!” 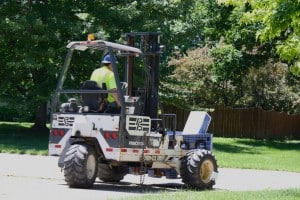 My son and I stood in the grass as he lowered the forklift from the flat bed, loaded the shingles, and drove up the concrete driveway.He even tooted the horn.As I snapped a few pictures, I told my son to smile big at the man to show how impressed he was. And give him a thumbs up. We practically applauded. 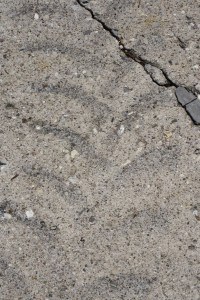 When the show was over, I waved and headed inside as the man strapped and tightened everything down before heading to the next house and dropping off another load of shingles.It didn’t take long, maybe fifteen minutes, to admire someone who takes pride in a job well done.I hoped that we sent him off feeling better about his day and great about his work.Because he did do good work, positioning the shingles with great precision… directly in front of the garage. 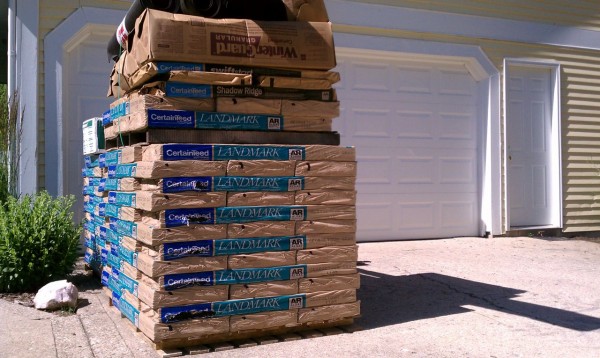