In his chapter on achieving trustworthiness (from his book Enchantment), Guy Kawasaki lists “Give people the benefit of the doubt” as one way to become the kind of person others want to follow. That advice reminded me of Barbara. 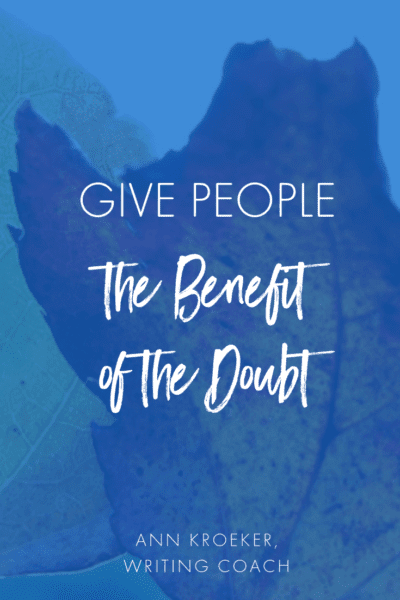 Barbara: Modeling Grace Toward Others

Years ago I worked with Barbara.

Barbara was old enough to be my mother.

I was a young woman straight out of college on my first job in a position that included writing, administrating, and organizing teams of volunteers. Barbara answered phones.

From my office next door, I’d hear her at the front desk: “Good morning and thank you for calling. How may I help you?” Her soft, sweet voice, like water slipping along a creek bed, comforted people and put them at ease. More memorable than her voice, however, was her disposition–her voice was a reflection or perhaps even a manifestation of her sweet spirit.

We only worked together a year or so, and then both she and I left that place and moved on to other things. I saw her a couple of years ago and she looked–and sounded–great. I learned a lot from her during those few months of listening and working next to her.

“I may be foolish or naive,” she told me one time after dealing with a stressful phone call, “but I always give people the benefit of the doubt.”

When people were rude to her, she assumed they had a bad day. If they messed something up, they must be struggling with something. If they forgot a lunch date or deadline, they had a lot on their mind.

She gave people the benefit of the doubt.

It wasn’t simple, however, and required a lot of strength and depth of character. Barbara learned to let things slide off her back. She was rarely offended. If someone hurt her feelings, she quickly forgave him or her and always gave people another chance. She didn’t judge. She wasn’t bitter.

She embodied the proverb, “A man’s wisdom gives him patience; it is to his glory to overlook an offense” (Proverbs 19:11). I heard her overlook many offenses—even my own. Kind, loving, gentle and generous, she modeled a gracious heart every single day. And because of who Barbara was, I trusted her. Everyone did.

Baby in the Backseat: There’s Almost Always a Reason

I thought of Barbara when I read in O magazine several years ago a story written by a life coach who worked with executives who had little sympathy for their employees’ actions. They assumed the worst–that their workers were lazy or didn’t care.

She told them a story in her seminars and classes. Here’s my paraphrase: 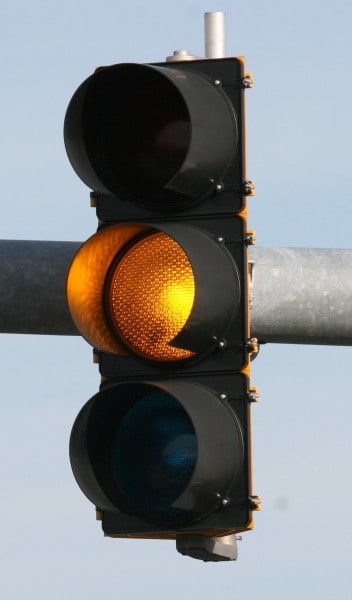 You’re waiting for a red light. You’re late and feeling stressed. The light changes, but the lady driving the car in front of you doesn’t move.

You can tell she’s messing around in the car–she isn’t paying attention to the light. You tap your fingers on the steering wheel, waiting for her to start moving. You grumble. You honk. You finally shout, “Hey, lady, the light changed! Get a move on!” even though your windows are up and she can’t hear you.

Then you can’t believe your eyes–the lady gets out of the car and flings open the back car door! What, can’t she find her cell phone? Unbelievable! Thanks to this driver, you’re about to sit through another cycle of this light! Honk honk!

She’s leaning across that back seat fumbling around, and you realize that she’s unlatched a baby from its car seat–the child was choking, and she’s frantically clearing his throat.

There was a reason.

That’s how Barbara is.

That’s how I want to be.

Benefit of the Doubt: Dreaming Up Reasons

Several years ago, I was in traffic on my way to meet a friend for coffee. My son, about five years old at the time, was with me. The light changed at a major intersection and every car in the oncoming lane was at a standstill. Our turn.

We accelerated to cross the road when a woman in a van blew through the light! I slammed on the brakes and pushed on the horn so that it wailed its complaint. She glanced over and offered a vague gesture–could have meant anything.

“That lady ran a red light!” I exclaimed.

“That’s wrong!” my son remarked. “She should be arrested and put in jail.”

I thought of the Baby in the Back Seat. I thought of Barbara. Then I said, “Well, maybe she was rushing to the hospital with her sick child. Or maybe she was distracted and just didn’t realize what she was doing. We don’t know, do we?”

“Right. Maybe she’s rushing to help someone. We just don’t know. She probably shouldn’t go to jail,” I said. “It’s very dangerous to run a red light–she needs to be careful. But we’re safe and no one got hurt. That’s important.”

We don’t want the world to take advantage of us or Barbara or anyone who has a big and forgiving heart. But couldn’t we all use a break from time to time? I’ve had a baby in the back seat before, crying nonstop, needing attention. I know what it’s like to be distracted. 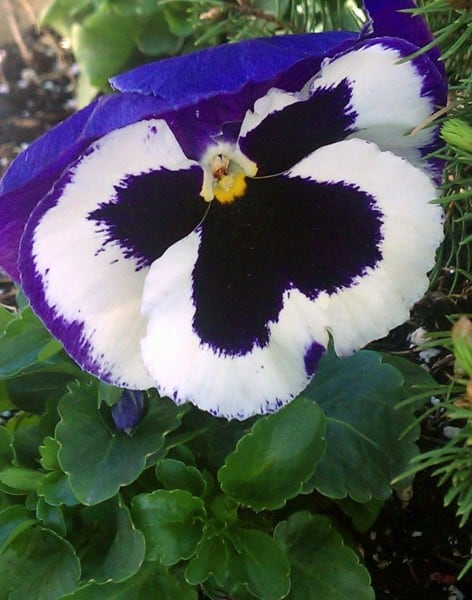 Thank you to anyone who has forgiven me for forgetting something or making a mistake. If I didn’t say what I should have said or missed an opportunity to listen well, I’m very sorry.

Thank you for letting it go.

Thank you for giving me the benefit of the doubt.