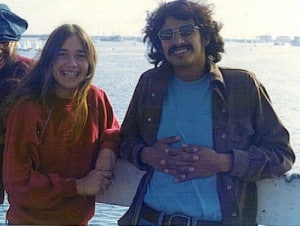 A couple of weeks ago I wrote an article at TheHighCalling.org about discovering I was a foreigner.This week, we decided to launch a community writing project inviting others to tell their own stories of crossing cultures.  I wrote the introductory post, which begins:

My parents tell me I was about four years old, dancing down the sidewalk, on the lookout for a hippie.Apparently my older brother announced that he had seen a hippie, so I raised a fuss about wanting to see one, as well. It was the early 1970s, so you’d think hippies would be commonplace, but we lived in a conservative Midwestern town where cultural trends developed slowly.Fortunately, we were visiting the college campus where my parents met—a location that held much more hippie-spotting potential than our hometown—and they told me what a male hippie might look like: long hair, a beard, maybe sandals or bare feet…….continued at TheHighCalling.org.

Credit: Image by ArtMarijke, available via Flickr under a Creative Commons license.