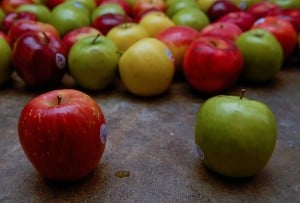 The world of my childhood centered on a small farm in the American Midwest where my parents leased out the fields and kept a herd of cattle. We gobbled down all-you-can-eat catfish at small-town diners and overheard farmers discussing crop rotation. I never expected to travel outside the United States—a trip to Florida was exotic enough for me. As for learning a second language, everyone around me spoke English. Why bother with anything else?Then, a year after college, I met a guy named Philippe who grew up in Europe and spoke fluent French. The son of American missionaries in Belgium, he grew up speaking English in the home and French everywhere else.Within an hour of meeting him, I made a request. “Say something in French!”“What should I say?”“Anything,” I urged. “Anything at all.”

Read the rest of this article at TheHighCalling.org, a site about the integration of faith and work.

Credits: Image by Mike Ryan. Used with permission via Flickr.