Here at the Food on Fridays carnival, any post remotely related to food is welcome—though we love to try new dishes, your post doesn’t have to be a recipe.If you want, you could simply tell your Christmas food traditions. Just throw together a quick list so you can return to present-wrapping, cookie-decorating, house-cleaning, or whatever you have left to do.My point is that we’re pretty relaxed over here, and posts like that are as welcome as menus and recipes.When your Food on Fridays contribution is ready, just grab the broccoli button (the big one above or smaller option at the bottom) to paste at the top of your post. It ties us together visually.Then link your post using Linky Tools.

Get your own FREE Linky Tools

Back in the early ’90s, before the Belgian Wonder and I had kids, we were often among the first few people to arrive for a church service, and the last few to leave. The Belgian Wonder served on the tech crew with a guy named Karl, and I helped with a variety of behind-the-scenes tasks.After the Christmas Eve service of 1993, the congregation cleared out, the pastor said goodbye, and we stayed to finish cleaning up. The service must have started at 6:00 p.m., so it was still fairly early as the Belgian Wonder and Karl unplugged mics and monitors, coiling up cords for storage.Our friends John and Sonya stayed with us, hanging around, chatting about the music and message. None of us had plans.”How about you all come to our house?” I proposed. “I just baked some brownies and the neighbor gave us a plate of cookies.””Do you have stuff for nachos?” John asked. “I’m in the mood for nachos.””What do I need for nachos?””Tortilla chips. Colby cheese. Salsa. Jalapeno peppers.””Hm,” I thought out loud, “I don’t have jalapeno peppers—can’t stand hot stuff—but I have chips and salsa. And cheddar cheese.””It has to be Colby,” he insisted. “And it won’t be nachos without jalapenos.””Wait, cheddar cheese won’t do?” I asked.He was firm about it. “No, it has to be Colby. But we can just pick some up on the way!”Or so he thought.Little did he know we were about to embark on the Christmas Eve Colby Cheese Hunt.We locked the church, hopped in our cars, and followed each other around town looking for an open grocery store, but they were all closed—everything was closed! We drove by Osco and Walgreens. Closed. We stopped at gas station mini-marts. Closed. It was getting both ridiculous and hilarious. We found a 7-Eleven open, but it sold neither Colby cheese nor jalapenos.”Let’s go on home and eat brownies,” I suggested. “We can just eat the chips with salsa.”John was determined. He was driven. He would have his nachos with Colby cheese if it was the last thing he did. He sent us home while he and Sonya continued the search. Karl came with us, and together we set out some plates and nibbled sweets.About 20 minutes later, John and Sonya rang the doorbell. We threw the door open wide, and John stepped in holding up a shopping bag. He looked so triumphant, he might as well have been a hunter who just bagged a 18-point buck.”I’ve got it!” John exclaimed. “Found it at the last gas station!”He pulled out a block of Colby cheese and a can of jalapeno peppers. Then he took charge of the kitchen, asking for foil to line a baking pan, a grater to grate the cheese, a can opener for the peppers. As he spread out the chips in a single layer on the pan, he raved about how amazing these nachos would be. It was worth the wait, he promised. He scattered the peppers on top, leaving a non-pepper section for me, and stuck the whole thing under the broiler for just a few seconds, until the cheese bubbled.He pulled them out, set them on the table, and we gathered around—the Belgian Wonder, Karl, Sonya, John and I—to share Christmas Eve nachos.We ate every last crumb of those nachos—every melted blob of Colby cheese.They really were the best nachos I ever had. Not so much for the Colby cheese, though it was tasty. They were delicious because they flowed out of a story of spontaneity and laughter; friends and fun.The following year we found ourselves hanging around after the Christmas Eve service again. Though the Colby cheese hunt would have been comical to undertake two years in a row, we instead made our way to the Kroeker house, where I had it all on hand: chips, jalapeno peppers, and of course Colby cheese.That’s how the Christmas Eve Nacho tradition began.We continued sharing Christmas Eve nachos with our friends for years and years. Our kids grew up with the Christmas Eve nacho tradition, looking forward to time with friends after church that magical evening.Then, after about a decade of Christmas Eves and nachos, John and Sonya moved. They moved far away—way too far to swing by for Christmas Eve nachos.For the first few years of their absence, we had Karl over and served nachos for old time’s sake.But then we started attending another church, overlapping with Karl very rarely. He eventually got other invitations on Christmas Eve, and so did we.We thought that was the end of Christmas Eve nachos.Guess what? John and Sonya moved back! They’re back…and they want nachos!Today, I stopped by the grocery store to pick up supplies. 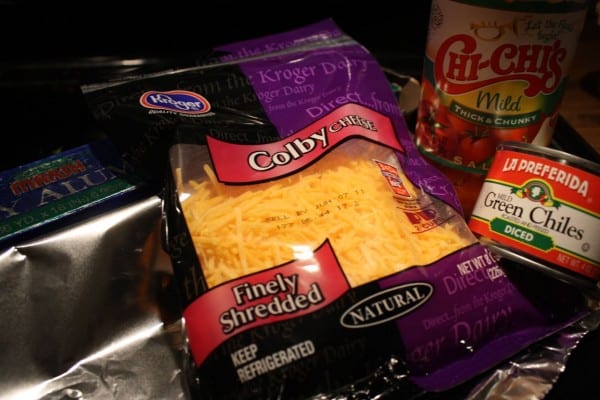 (I know the photo says “green chilis,” but don’t worry; they are only a back-up. Sonya’s bringing jalapenos)So now you know what we’ll be eating tonight. How about you?What are your Christmas Eve food traditions?