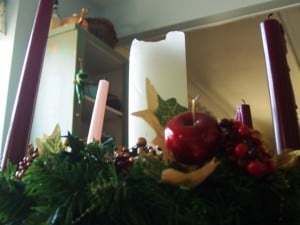 On Sunday, we lit the first candle of our Advent wreath and talked about the prophecies that Jesus fulfilled and how hard it must have been for God’s people to piece it all together.I wrote out some prophecies on paper, folded them up, and asked the older two kids to create a simple scavenger hunt. The younger two raced off in search of the messages, which they found and brought back to share…messages like Micah 5:2, Hosea 11:1, and Isaiah 7:14.Those messages—those prophecies—were like notes left by the Father for His people to find and hold onto. Those notes offered hope.Over the years, especially during the 400 years between the Old and New Testaments when God seemed relatively silent, people must have clung to those words, puzzling over who the Messiah would be. They must have studied those clues provided in images and descriptions; they must have pondered them continually, praying for insight, wondering, watching…waiting.Waiting for the Messiah.He would eventually fulfill those prophecies, often in unexpected ways. But did they see Him when He arrived? Did they put it all together?It’s easy to look back with the perspective of a 21st Century Christian and think, “How could they miss it? It seems so obvious that Jesus was Messiah!”But…would I have seen Him? If I met Him in Bethlehem the night of His birth, or in Egypt where His earthly father kept Him safe from Herod, or later still in Nazareth or any of the places He traveled during His ministry…would I have pieced it all together?Assuming I wasn’t one of the principal players in the Christmas story, like a shepherd floored by the angels or one of the magi, would I have seen Jesus and responded with immediate recognition, “Of course! He’s the one!”I hope that the Father would have given me eyes to see.How I thank Him for giving me eyes to see…that I might believe.I don’t want to miss the signs that pointed to His first arrival among us.I don’t want to miss His work in the world—and my life—today.I don’t want to miss Him when He comes again.Oh, Light of the World, in Your light we see light. Help me to always see You! 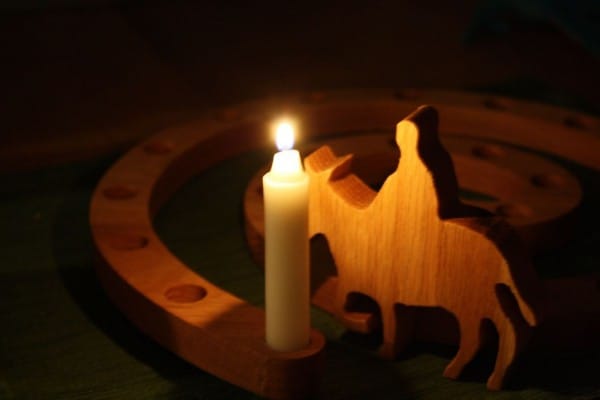