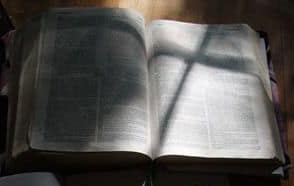 Last summer I borrowed Writing for the Soul, by Jerry B. Jenkins, from the library. I was struck by excerpts from interviews Jenkins conducted with Billy Graham.

After capturing amazing stories from Mr. Graham’s life, Jenkins said that he wanted to do more than simply chronicle his life story—he wanted to provide some nuggets of wisdom from this man who has modeled consistency and humility over the course of his lifetime.

Trouble was, Mr. Graham resisted offering any advice, feeling that he’d failed the Lord too much to be set up as a model. Mr. Graham simply did not want readers to look to him for how to maintain their walk with God.

Jenkins finally tried asking how Mr. Graham maintained his spiritual disciplines. For some reason, that phrasing clicked; Mr. Graham readily replied that there is no secret—that the Bible tells us to pray without ceasing and to search the Scriptures.

He said that he did that.

Mr. Graham said that he has prayed every waking moment since he received Christ as a teenage boy. In fact, Mr. Graham said to Jenkins that he was praying at that moment in the interview, praying that the Lord would use the book they were working on, that the two men would do their jobs well, that the book would be more about the Lord Himself than about Billy Graham.

Praying without ceasing: So simple…yet, so hard.

Jenkins also wanted to hear more about the other part that Mr. Graham mentioned, the part about searching the Scriptures.

Mr. Graham said that whether he is at home, in his office, in a hotel room or in another country, he leaves his Bible open and sets it someplace where he is sure to notice it during his day.

Like Jenkins, I thought this was a useful and creative idea for anyone wanting to develop a more consistent devotional life. I thought about how I’ve done similar things—I’ve left a Bible in the kitchen to refer to when I’m waiting for pasta water to boil, for example, or in my van so that it’s available to peruse when I wait for my kids during soccer practice.

But before I got to feeling a little too clever—a little too pleased with myself for having devotional habits similar to a spiritual giant—I read what came next.

Jenkins asked what Mr. Graham did when he missed a day or two. How did he get back to his routine?

Graham answered that he didn’t think he’d ever missed a day or two.

He said it was his spiritual food and he would no more miss it than he would a regular meal (68-69).

The thought of missing a day was unthinkable to Mr. Graham. The Scripture serves as his spiritual food. Why miss the chance to be nourished?

I wriggled uncomfortably each time I read or thought about it.

Why miss the chance to be nourished? 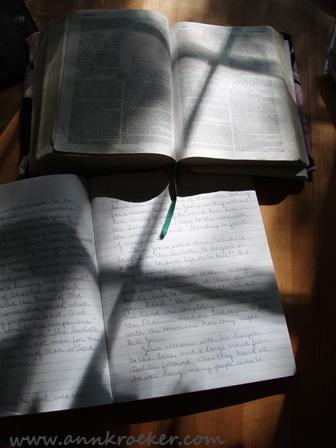 Before long, my soul grumbles, hungry for truth.

I pick up my Bible.

This very morning I prayed, “Open my eyes, Lord, and change me.”

And I read this:

He has caused his wondrous works to be remembered; the LORD is gracious and merciful. He provides food for those who fear him. (Psalm 111:4-5)

He provides food for those who fear Him.

He is food for those who fear Him.

I eat, and am satisfied.

Like physical hunger, a day will pass and I’ll need to refuel.

Tomorrow morning, the Lord will again provide my daily bread.

Writing for the Soul copyright information states all rights reserved, and no other part of the book can be reproduced; as a result, I did not directly quote any portion of the book. I have provided citation below for you to reference for actual quotations.