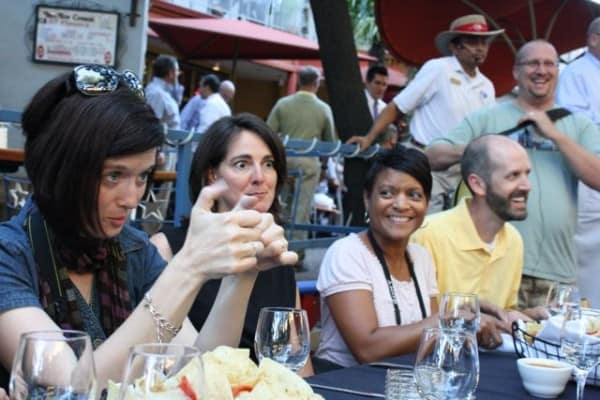 We’re on a boat. Eating dinner. Talking about the game we just played that required considerable texting.After we all arrived in Texas, we immediately launched into the game. This photo, taken after the game, is on a river barge set up with tables and chairs. Left to right, there’s Ann V., Cheryl, Deidra, Sam, and Dan (standing). And in the background, our tour boat commentator with the hat.We spent the afternoon on a photo scavenger hunt. Our team didn’t have a way to upload our photos to Twitter, so we just took some snapshots as we went along, and I tweeted. So I didn’t really see San Antonio; my head was buried in my phone.We were to locate various landmarks and/or connect with people who were working, complimenting them, asking questions, and posing for a photo when possible. All the while, we were to be tweeting where we were and what we were doing, encouraging their “good work,” turning it into a game with the Twitter hashtag: #goodwork.Here, for example, is The High Calling photo editor Claire Burge complimenting and thanking a security guard at The Alamo. 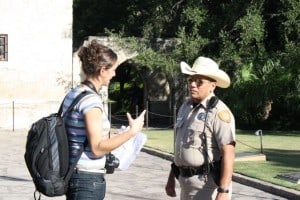 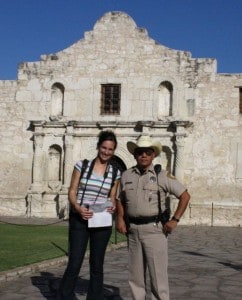 The tweets (most recent on the top on down to oldest/earliest):We just spoke w/gabriel a mariachi player. “I was born into it. I have been playing every day since I was 5.” #goodwork 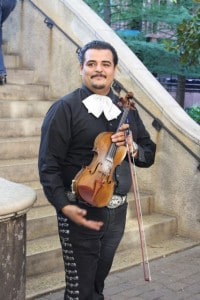 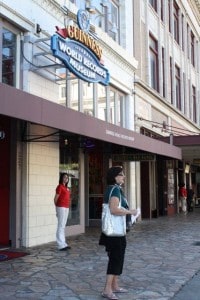 WE are an excited workplace team @thehighcalling !! #goodworkwe r buying ice cream for alex who says, “I feel very comfortable about it. Why not? I love ice cream!” #goodwork 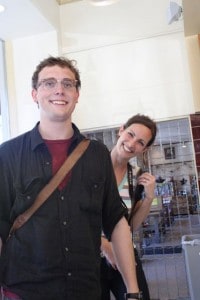 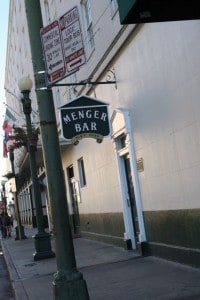 @claireburge quotes coco chanel who says “to be remembered, you need to be different.” #goodwork@claireburge is writing encouraging postcard to Howard Butt & @dukeslee is writing David Rogers. #goodwork @gyoung9751 & I r messing w/phoneThe Alamo!! thank you @thehighcalling & @laitylodge for this opportunity! #goodwork 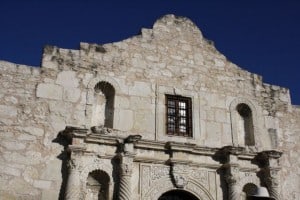 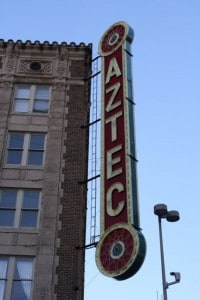 @claireburge just sent a text to her mom saying “i love you & you did a great job.” #goodworkhi @arestlessheart ! wish we could upload the fun photos for #goodwork game!we just ducked at riverwalk. #goodwork@gypsymama say hi to us, too! #goodwork we love you!@claireburge is leaving a nicholas sparks book for some random san antonio visitor or resident. #goodwork@claireburge said thank you to one of her employees via email for job well done. #goodworkwe have a photo of @mgoodyear giving directions on how to find zombies. #goodworkriverwalk bridge with team @gyoung9751 #goodwork wish i could attach photos!beautiful san fernando cathedral. #goodwork 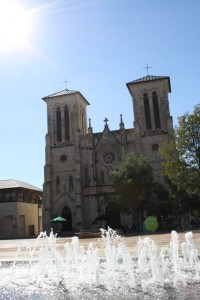 got a picture in front of drury hotel & gave sweets to receptionist, complimenting her for #goodwork . gave plug for @laitylodge too.the snack shop employee in san antonio is doing a great job & likes her boss. #goodwork (this is a scavenger hunt assigned by @mgoodyearjust complimented hairstylist at rooster’s grooming center. the guy said she did great, too. #goodworkTeam @gyoung9751 is thankful for @lylawlindquist ‘s help! Wish u were here @thehighcalling #goodworkFinally, this isn’t a tweet–it’s just a cute shot of Jennifer Dukes Lee in front of some big sculpture. 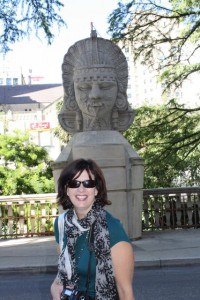 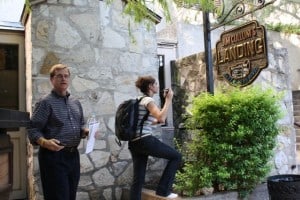 Here are Glynn Young and Claire at the Landing. 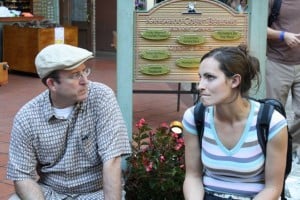 And here are Gordon and Claire, sitting down after a long and tiring Scavenger Hunt.That was day one. We arrived at Laity Lodge very late, fell into our cushy beds, and slept.It’s an honor to be here, representing the High Calling community. We want to share this time as best we can—please visit The High Calling Facebook page for current photos and status updates, thanks to our Social Media Editor, Dan King. It’s our small (but high-tech) way to gather online and share this with you.