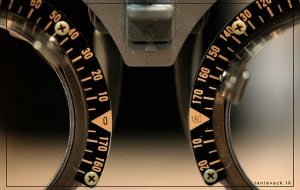 We’ve been hosting two people from Belgium—a mom and daughter—who are friends of the Belgian Wonder’s family. The daughter needed all the “stuff” for her first year of college in America, so we were driving them to “stuff” stores like Target, Wal-Mart and Kohl’s.But both she and her mom needed some non-“stuff” things, as well, like glasses and contacts. So I drove both of them to my optometrist, a pleasant doctor who asks about family and summer activities before launching the exam.I dropped them off, ran errands, and arrived back at the office a little early to pick them up. Expecting to wait, I planted myself next to the stack of magazines in the lobby. I planned to read some meaningless celebrity gossip for a few minutes, but one of the assistants came out and asked, “Would you like to come on back and sit with your friends?””Well, uh,” I hesitated, as this is the only place I get to read meaningless celebrity gossip. I wasn’t sure I wanted to give that up. Then I decided to take her up on the offer. “Sure. Why not?”I followed her back to the room.”Hi, Ann!” the doctor cheerily greeted me. “Let’s get you a chair!” The doctor herself went out and brought in an extra chair for me.”I forgot,” she continued, “that your husband grew up in Belgium. How nice to have these friends coming over to visit!” I grinned and confirmed that he did grow up there and yes, it’s really nice to spend time with the friends.I added, “You know, I meant to tell you that I saw you at the Farmer’s Market last weekend.””Oh, that’s fun! I was there early that week.””I would have said hello, but you were rushing off with a melon, so I didn’t want to slow you down.””That’s because I was off to my Pilate class after. And you know, that melon was so good! I’m going back this week to look for another from the same farmer.”We discussed which stall she bought it from and then it was back to the exam. When it was over, we thanked her and worked out the details for ordering contacts.After, when the Belgians and I were in the car, they marveled at the entire exchange.”In Belgium we would never talk like that with a doctor. This is so different!””Well,” I admitted, “she may be unusually friendly.””Still, in Belgium you would never talk about your personal life in an appointment. And the doctor would never call you by your first name. And then later, if you saw your doctor at a store or something, you would never greet them or acknowledge that you know them. “”Why not?””It’s just…I don’t know. We just don’t. There is a professional distance. A formality.”I told her that I thought there were regional differences in the United States—that in some parts of the country, people would say “Yes, ma’am” and “No, ma’am.” And there may be places where people are a little more cool and businesslike.What’s it like around you? Are your doctors familiar and chatty like my optometrist?If so, do you like it? Or do you find it too familiar and would prefer that “professional distance”?

Photo by Ian Levack. Available under a Creative Commons license through Flickr.com.