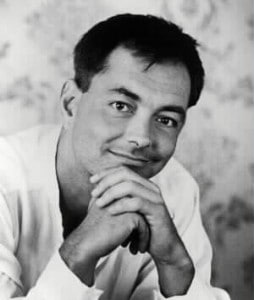 We have a tribute CD that includes “Awesome God,” “Hold Me, Jesus,” and “Elijah,” among others, and my son has been playing it nonstop. In fact, the first thing he does upon waking up is flip on the stereo and press play to start off the day with “Awesome God.” He loves that particular song so much, he’ll often stop the CD somewhere in the middle of another song and restart the whole thing to hear “Awesome God” yet again. I didn’t keep an exact count, but a couple of days ago I’m sure we heard just that one song at least 15 times in a row. The girls get a little tired of it, but I honestly don’t mind.

Today my son woke up, came downstairs, walked straight to the entertainment center and clicked “play.” This time, however, after “Awesome God” was over, he let it continue deeper into the CD. I was working in the kitchen and started thinking about Rich and his tragic death. Then “Elijah” came on. I listened to the lyrics and wondered how hard it must have been for Gary Chapman to sing it knowing Rich was gone.

Then I remembered the day I met Rich Mullins in a tiny church in a tiny town in southern Indiana.

My roommate Patty invited several friends to join her for the concert. We drove about 20 minutes or so from our university town to Ellettsville, Indiana, where he played a gigantic grand piano that filled what seemed like at least one-fourth of the small-town church. I vaguely recall someone saying it was brought in especially for the concert, and that would have been easy to believe. It didn’t feel like a grand piano kind of church.

Of the music he played that day, I remember most clearly his rendition of “Sing Your Praise to the Lord.” Amy Grant made it famous (this may be the version you remember), but Rich Mullins wrote it.

Here’s Rich performing it years after the Ellettsville concert (this is a little understated compared to his rendition that night I heard him, when he overflowed more energy and passion).

The reason the Ellettsville concert—and my attendance—took place…was a girl. I can’t remember her name, but she was a friend of Patty’s in whom Rich was romantically interested. I just read the Wikipedia page for Rich and saw this quote:

Mullins was engaged sometime between the late ’70’s and early ’80’s and had written the song “Doubly Good To You” (recorded by Amy Grant on her album “Straight Ahead”) for the wedding. However, his fiancée broke off the engagement, at which time Mullins wrote “Damascus Road.”

Was she the fiancee? Was he trying to reconnect with her and woo her back? I don’t know, but the timing would be about right. And she did seem uncomfortable. I don’t think she smiled the entire evening, but I could be wrong. It was a long time ago—probably 1987—and I may not have been paying much attention to anyone other than Rich.

After the concert, Rich was eager to talk with the girl. And the girl was with us. After he signed autographs and thanked people who came, the place cleared out and he came over to our group. We all stood around chatting with Rich Mullins.

I was an enthusiastic young believer at the time and beside myself with joy to be standing next to Rich Mullins. When we finally wrapped things up and said our goodbyes, I spontaneously leaped forward and hugged him.

I hugged Rich Mullins. As hugs go, it could have been a bit overwhelming, because at that point in my life I didn’t give space-respecting sideways hugs. I affectionately wrapped my arms around people and squeezed tightly.

I saw him in concert several years later, but didn’t hug him. Not that time. It was only that once. And if he remembered me from that Ellettsville encounter (he probably didn’t, because he was definitely focused on Patty’s friend; but it’s remotely possible), he may have purposefully maneuvered himself around the building to avoid me.

I only hugged Rich; I didn’t really know him at all, no more or less than any of us who have appreciated his music and the heart and soul and humor and humility behind his work. But today, listening to “Elijah” and the other songs, I felt a pang of Rich-Mullins-loss.

So today, I listened to “Creed,” which expresses the core beliefs that he and I share while I stand on this side of the Jordan and he dances on the other:

Will we give big squeezy hugs in heaven?