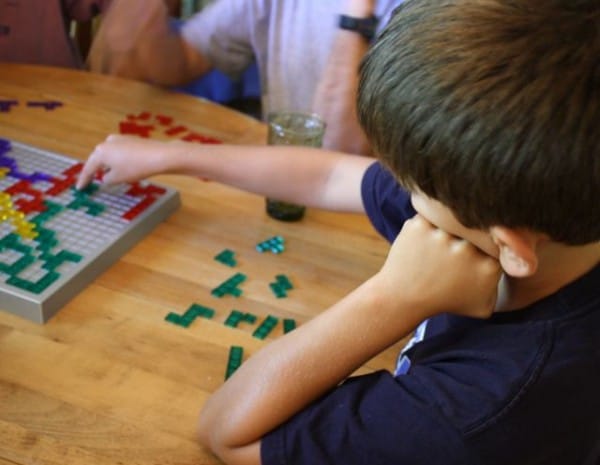 Throughout spring, my kids would come to me with requests to join their friends on outings such as sleepovers, birthday parties, and a production of “The Three Musketeers,” but I had to say no to almost everything. Something was already scheduled 97 percent of the time.

With spring winding down, however, our schedule is opening up. The kids and I recently reviewed the week’s activities: soccer practice, cleaning day, and an afternoon class that three of them would attend.

My 14-year-old daughter was leaning back in a plastic chair, fiddling with a toy pirate hook as I added that we’d have to leave the house very early one morning.

“Well,” I began, “Mrs. Huber invited you two older girls to go with her family to King’s Island.”

My daughter leaped up, flinging the plastic hook into the air. “What?!” she exclaimed. “And you’re actually letting us go?”

King’s Island is a big amusement park a couple of hours from our home. “Yes!” I said, grinning. “Yes, I’m letting you go.”

My shocked daughter flopped into her chair. “I can’t believe you actually said yes!” she said. The eldest laughed, incredulous.

Yes. Has it been that long since I said the word? I guess I’d been saying “no” so often these days, I forgot the fun of saying “yes.” In fact, I’ve been saying “no” to almost everything lately, even simple requests.

“Can I have a piece of candy?”

“Can we go to the library?”

“May I have a gumball from that machine?”

“No, I don’t have any quarters and you have a bunch of gum at home.”

For the past few months, “No” became my automatic response. The kids expected it. And the thing is, I’m usually a “yes” kind of mom. Why so much “no”? I thought of Corinne’s recent post framed as a poetic and positive letter to her kids proclaiming the deepest, truest Yes:

While I might often say No, know that my heart always screams Yes for both of you. Yes to your hopes and dreams. Yes to acknowledge your fears and individualism. Yes to you. It’s my mind that gets in the way, that automatically wants to say No, even though it’s unnatural and learned… my heart says Yes a thousand times a day. To getting on the floor and playing for hours at a time, to building forts and to reading the story of the day for the hundredth time.

I wanted to bring back my heart’s “yes.”

Yet, “no” can’t disappear entirely. As Corinne acknowledged, there will be times when we parents say “no”:

“No, you can’t go to a party without adult chaperones.”

“No, you can’t text during dinner because this is a time to talk as a family.”

“No, you can’t watch that show just because your friends do.”

Knowing when to say yes or no takes sensitivity and wisdom. I want to say “yes” when I can and “no” when I must. Sometimes my answer is a thought-out, purposeful, wise and loving “no.” But sometimes it’s a lazy “no.” Falling into the habit of saying “no” to every little thing simplifies some of the work of parenting. After all, decision-making’s a snap when the answer is always negative. But it’s hardly the laughing, loving life I want for our family.

So the day my daughter leaped out of her chair in shock when I said “yes,” I decided to bring a stop to the lazy, automatic “no.”

I said yes when the youngest asked to finish a bag of Skittles.

I said yes to their request for popsicles and play time at the neighbors.

They asked if they could make Kool-Aid. I said yes.

They wanted to play in the sprinkler. I said, “Yes, if you put your swimsuits on.” Later I wished I had simply said yes. Their play clothes could have gotten wet.

That night, my husband said yes when the girls asked to go to the store to shop for a pair of summer shorts. When they got home, the girls wanted to play a computer game for half an hour. He said yes.

Yes, climb that tree in the back yard and use the old blankets in the garage to make a tent on the clothes line.

Yes, let’s go to the library three times this week, pick daisies for a bouquet, and buy one box of Cocoa Puffs cereal, just for fun.

Spread out some newspapers and pull out the paint-by-numbers. Make a batch of brownies. Use up the leftover icing in the fridge. Roll down the hill and wade in the creek.

And yes, you may have a 25-cent gumball from the machine at the grocery. All four of you. Yes, even the teens.

While we’re at it, I might even get one for myself.