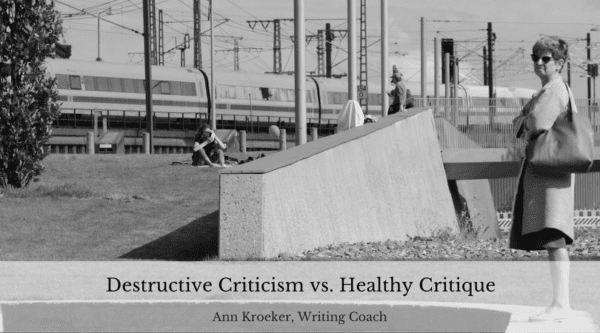 Writers write to be heard, which means writers must brace themselves for input, whether it ends up being destructive criticism or health critique. J.C. Schaap describes this kind of input among students in his blog post “Witless Fear and Hug Lines.”

In it, he tells how scary it is for a student to lay out something he or she has written in front of her peers and “let them go at it.” I remember classes like that. They were painful.

We turned in a poem or story to the teacher, who made copies to pass out in class. He would hand us a packet with a submission from every student. One by one we critiqued each piece, pointing out what worked (and what didn’t), trying to explain why it worked (or didn’t). For the young and/or insecure writer, this process can be discouraging and at worst, destructive, demeaning the person for taking creative risks and trying something new. If handled well by the instructor, however, the input can be invaluable, making us (and our work) stronger, pointing out weak spots that need editing.

Some of Schaap’s students sent e-mails telling him that they were scared, witless. So he gave them a trial run with an anonymous piece he found in his files. At first, they were reluctant to say anything negative. But someone spotted a scene in the story that seemed unrealistic and hesitantly pointed it out. That first comment opened up the rest of the class, and Schaap reported that “condemnation starting rolling down like justice is supposed to. Right before my eyes, a bandwagon appeared.” He continued:

There was a hangin’ coming, I knew, so I told the madding crowd that next week—when their own workshopping begins—the same darn thing is likely to happen, only they’ll be looking at the actual writer, not thinking of her in the abstract, because next week the writers R US or whatever.

That quieted the mob into stony silence.

Teaching can be fun. If it wasn’t, I’d quit in a minute.

If we know we’re helping people become stronger writers, our critique can be constructive; especially when followed up by specific encouragement … and a hug. 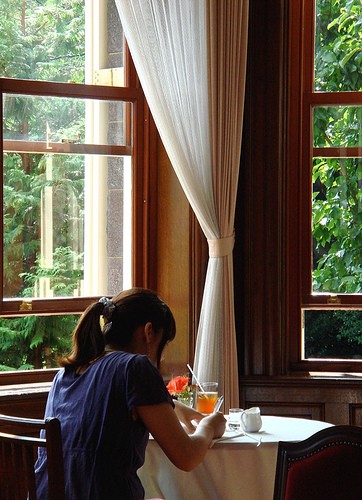 This weekend I received a comment at an abandoned blog associated with a long-ignored website I created in 2001. On that website, I published some poetry. Someone apparently visited the poetry page.

This person saw that there was no convenient way to leave a comment (that website is static, without a familiar blog-platform), yet he or she was motivated enough to find the old blog (which would have required a click or two) and leave an anonymous comment. Anonymous went to all that trouble to tell me this:

“Your poetry—it sucks. I mean, it really sucks. Really.”

Everyone is entitled to his or her opinion.

But if someone studied my poetry closely enough to form that strong opinion, I wouldn’t mind finding out what he or she thought made the poems “suck” so badly.

In her opinion, how could I improve these poems? What should I practice? Is there something this person would recommend that I could try in the future? This one comment has reminded me that when I review and critique someone’s work—especially something as personal as poetry—I need to be constructive.

For those who may be involved in a writing group or workshop, check out “The Difference between Critique and Criticism,” from Scribe’s Alley:

Taken from Writing Alone, Writing Together; A Guide for Writers and Writing Groups by Judy Reeves

Specific, insightful, kind critique is welcomed. This can be gleaned from a healthy writing group (learn more about forming writing groups in Charity Singleton Craig’s article at Tweetspeak), a trusted writing partner or colleague, a writing coach (as a coach, I offer clients ongoing constructive, encouraging input), or a gentle editor.

The cry for gentle, kind, constructive input comes from so many of us. Even Emily Dickinson:

This is my letter to the world,
That never wrote to me,
—The simple news that Nature told,
With tender majesty.
Her message is committed
To hands I cannot see;
For love of her, sweet countrymen,
Judge tenderly of me!

Writers have to develop a thick skin and deal with criticism, even that which is destructive. But when we are dealing with someone else’s words, whether in the form of a poem, post or story, we would do well to assume that they would like our input followed up by a “hug line” and that their heart’s cry is: “Judge tenderly of me!”