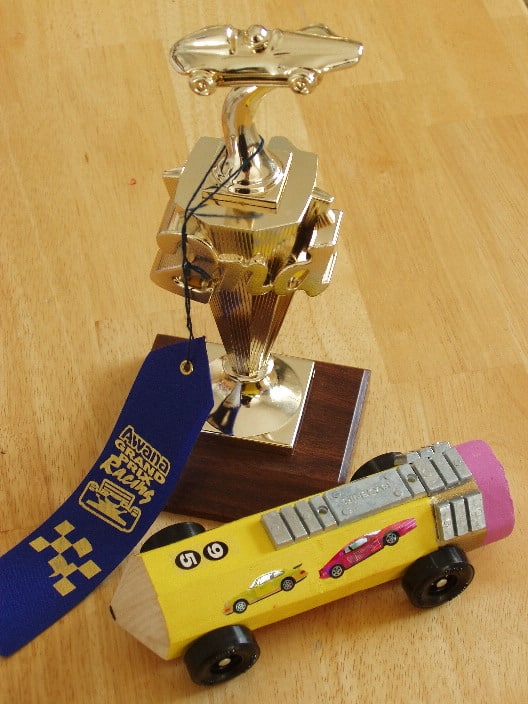 In college, James Dobson’s goal was to become the school’s tennis champion, which he achieved.

In chapter 3 of The Purpose Driven Life, Rick Warren shares that Dobson was awarded a trophy that the school displayed prominently in the sports’ trophy cabinet.

Years later, someone mailed him that trophy.

They had found it in a trash can when the school was remodeled.

The story makes me laugh…and reflect.

Because it really does make a person question what she’s working toward and what her goals are.

It reminds me of that simple (but memorable) little saying:

Only one life, ’twill soon be past;
only what’s done for Christ will last.

Kimmel tells about Olympic sprinter Bobby Hayes, who was dubbed “the fastest man alive” after becoming a global celebrity at the 1964 Tokyo Olympics. Hayes won the gold medal for the 100 meters and ran the anchor leg for the 400-relay in 8.6 seconds.

The next year, Hayes signed with the Dallas Cowboys, gaining more than 1,000 yards that season and leading the NFL in yards per catch and touchdowns scored. No one man could cover him when he went out for a pass, he was so fast.

Bobby “the Bullet” Hayes is the only athlete to have both an Olympic gold medal and a Super Bowl ring.

On a flight from Dallas to Tampa, Tim and his wife, Darcy, were approached by a man who slipped out of his seat a few rows in front of them, turned around to study Darcy, and made his approach. He knelt down beside her—he’d been drinking—and whispered, “Hey, beautiful lady, do you know who I am?”

She didn’t, but Tim did. Hayes was delighted he was recognized and showed off his Super Bowl ring. He told about his achievements in football, then about the 1964 Olympics. He reached into the pocket of his jacket and pulled out the nearly 40-year-old gold medal. It was faded and soiled from decades of frequent handling; the gold had lost its luster long ago.

Darcy looked at the medal, the ribbon, and then at the man’s face, so obviously begging for approval. She complimented his medal and said, “I’m glad I got to meet you in person.”

He said it was nice to meet the two of them, too, patted her on the shoulder a couple of times, then shuffled past them down the aisle. Tim and Darcy could hear him behind them approaching someone else. “Do you know who I am?”

Only one life, ’twill soon be past;
only what’s done for Christ will last.

Goals and achievements aren’t bad—developing the gifts God’s given us is a beautiful thing.

It’s just that the things of this earth fade—the stuff, the trophies and plaques. It’s all temporary. After it’s boxed up and stuffed in the attic, what’s left?

I myself have a box of ribbons and trophies from high school softball tournaments, track meets, 4-H, and a local Jr. Miss pageant. The box is in storage down in the basement. I came across it one time and pulled out some of the trophies. They’re very old and weren’t top quality in the first place, so it’s no surprise that, like Dobson’s junked tennis trophy and Bobby Hayes’ ratty Olympic medal, they’ve lost their luster. Some are broken.

They’re reminders for me that I’ve only one life, ’twill soon be past, and only what’s done for Christ will last.

Awards can distract us by pointing to us and bringing us worldly glory.

I want my life to point to Jesus Christ and bring Him glory.

Warren posed the following questions at the end of his chapter. Use them to reflect on motivations in life:

If anyone would come after me, he must deny himself and take up his cross and follow me. For whoever wants to save his life will lose it, but whoever loses his life for me and for the gospel will save it. What good is it for a man to gain the whole world, yet forfeit his soul? (Mark 8:34-36)