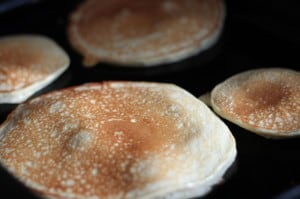 One time a speaker said that if you want to get something done, give it to a ten-year-old girl.

They’re enthusiastic, diligent, hard-working, determined, industrious, earnest…not yet consumed by the boy thing or makeup, yet able to tap into their childlike energy and accomplish a lot.

As my kids have one by one turned ten, I’ve thought how true that is.They’re willing to work hard. They’re creative. They enjoy the challenge.Just last night, our ten-year-old daughter announced that she would like a day when she can cook all three meals. From scratch. All by herself.

So we agreed. Right away.

Last night she set her alarm early in order to make pancake batter for her papa. He gets up before the rest of the household and heads off to work early.

She woke at the first few beeps of the alarm, headed downstairs, made a big batch of batter and flipped some pancakes for The Belgian Wonder, who gladly and gratefully gobbled them up for breakfast. She set aside the batter until the rest of us lazy bums rolled out of bed.

When we were assembled in the kitchen, she poured and flipped (and even added chocolate chips for her mama–strangely, the kids don’t like chocolate chips in their pancakes), and soon had a tall stack ready to devour. 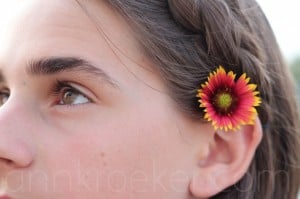 After clean-up, she planned out lunch. Pizza bagels. We didn’t have bagels, so we were going to bike down to the grocery and pick some up. Then I showed her a recipe for pizza crust, and she used that instead. For lunch, then, we had personal pizzas.

For dinner, she was going to make Mexican food, but I had a ham that needed to be cooked. So she altered the menu. Tonight, with no help from adults, she’s going to make ham, corn-on-the-cob, macaroni-and-cheese, and cut up a watermelon.

She also helped me rearrange the table and chairs on the screened-in-porch, unloaded the dishwasher, cleaned the upstairs bathroom, and vacuumed her bedroom.

Do you have any projects that are weighing on you? Need some envelopes addressed, stuffed, licked and stamped? Have a junk drawer (or two, or three) to sort through? Need someone to pull weeds or color-code your clothes closet? Want someone to inventory your freezer or clean out your vegetable bin?

Find a ten-year-old girl and hire her for the afternoon.

Or she might just do it for free. Because, unlike most of us, ten-year-olds still see work as fun.