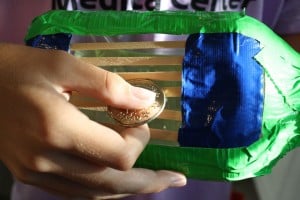 To avoid hearing kids exclaim “I’m bored!” in the summer months, it’s tempting to fill the weeks ahead with camps and clubs and outings and activities, isn’t it? Maybe we think, Keeping them busy keeps them out of trouble. Or, They gain skills they wouldn’t have time to develop during the school year.

And although not everyone will admit to it, there’s the argument, Signing them up for stuff gets them out of my hair!

At least that’s what I hear around these parts.

Well, our little family tries to embrace a slower pace as much as possible. We’ll be traveling for a couple of weeks this summer. We’ll do VBS at our church. We’ll walk to the neighborhood swimming pool. But most of the time is at home, where there’s a good amount of hanging out in the back yard playing with neighbors. We might tackle a big cleaning of the basement. We love to visit a park or a pond and get out in nature. The kids and I all enjoy reading in the hammock. Even the older kids still enjoy running through sprinklers and having a water balloon fight. And we sit on the deck at one of our neighbors’ houses frequently to sip iced tea and chat while the kids race around catching fireflies.

We limit technology while encouraging outdoor play and creativity. Oh, and we expect everyone to accomplish a few chores, too. 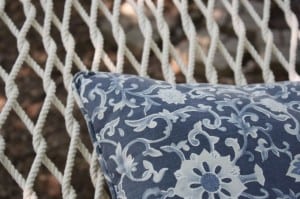 Plus, unless a kid turns destructive or defaults to technology, I think some boredom is healthy in our household. I wrote about it not long ago and linked to an article that reinforced this.

Practically speaking, however, I have used the long list of ideas from A Mother’s Manual for Summer Survival by Kathy Peel & Joy Mahaffey that I picked up at a used book sale one time (prior to that I had checked it out of the library). She includes craft ideas, recipes for homemade Play-dough and finger paints, and plenty of no-mess activities, as well.

I print out that long list out and post it. If the kids run out of their own ideas, the list offers things they could try to jumpstart creativity.

I also liked Steve Caney’s Play Book. It’s really dated–the kids look like they’re wearing the same clothes I wore when I was their age, and I’m old. Oh, I just looked it up to give a link, and it’s copyrighted 1974. That explains it. Anyway, it’ll take you back to a simpler time. For example, hand the kids some string or yarn and see what happens. You think they’ll look down on these low-tech raw materials, but just wait. You’ll see. I do advise, however, that you keep scissors handy in case something or someone can’t be unwound from whatever they’ve strung together.

We like the old, simple standby ideas, like making tents from sheets in the living room on a rainy day or in the back yard on a sunny day. We’ve even had our kids put up the family camping tent as a playhouse in the summertime. They’ve always wanted a clubhouse, but we never could get one built. This was a simple alternative–not the same, but fun in its own way. Last year, the younger ones would take their stuffed animals out there and play for hours. 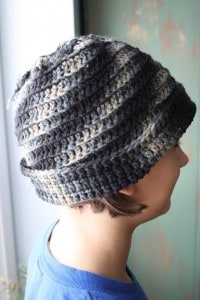 Yesterday, some friends were over, and they all played “College.” They hauled out some old textbooks and pretended to study. This is an adaptation of their old standby, “Orphanage,” in which one of the kids dons a silly, matronly outfit and pretends to be the stern schoolmaster, and the rest anxiously copy down math problems from an old chalkboard we have in the basement. Or they diagram sentences for grammar class.

As I type, two neighbors are over, and they’re all plucking weeds and pounding them down into some kind of pretend soup.

Okay, it’s fine. They’re working with dandelions and a patch of overgrown grass by the fence line where we should have used the weed eater. Whew!

That’s a nice segue to my final thought on the topic:

There’s a down side to letting creativity reign; the kids may dig where you don’t want them to dig or make messes when you hoped things would stay clean. I’ve tried to remind the kids to always ask before embarking on a construction project…to check with me before using something for one of their games. They do. Most of the time.

But we kind of gave up on a tidy house a long, long time ago. It’s not that I wouldn’t enjoy it. I’d like to have it neat and pretty. But I also want kids who are practicing problem-solving and innovation. Sometimes one must tolerate some chaos to embrace experimentation and invention. 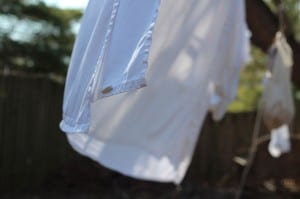 Behind our house, the neighbor girl has formed a little secret spot under some fir trees. I can see from the pots and pans and plastic cups and buckets of cut grass that it’s served as a natural clubhouse, a place where imagination has run free and active. I love it. I hope she spends many hours in the shade of those limbs, thinking, wondering, praying, pondering life.

Hand your kids one of those lists and go back to whatever you were doing.

Unless they’re techno-addicts or have been shuttled nonstop from one activity to the next; unless they’ve always been told what to do, I doubt if they’ll be bored for long.

Here are a few tangible ideas:

In closing, here’s the Play-Dough recipe from the Summer Survival book that I recommended above: