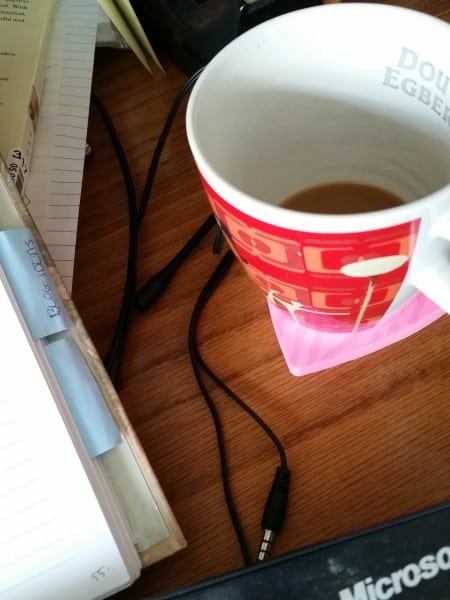 Multi-tasking has never really worked for me.

I’ve tried. Over the years, I’ve felt like there are many times when I’ve had no choice but to do a dozen things at once.

But when I do that regularly—when multi-tasking is my mode of operation, nonstop, every day, from sun-up to sundown, I get agitated. I feel all frenzied and harried. I leave one of the two or seven things half-finished. I mess up something. It’s not energizing for me—au contraire, I feel drained and beaten down. In spite of diving-in to all those tasks and feeling the pleasure of accomplishment, I somehow end up feeling incredibly unproductive.

So I read up on multi-tasking. Research keeps emerging on the subject, and as I understand what’s revealed and reported, I feel as if I understand myself—and my limits—better.

We Don’t Multi-task – We Toggle, Juggle, Shifting from One Task to Another

It’s not that we actually do two or three or five or ten things at one time. This more academic article explains that when we “multi-task,” our “executive control” or “mental CEO” is at work prioritizing and allocating resources to this task or that—in essence “toggling” from one thing to the other as it sets on-the-spot goals.

In this more accessible article from CNN.com, one of those researchers is quoted extensively. She uses the example of talking on a cell phone while driving:

A lot of folks…think, ‘Well, cell phoning while driving is really no big deal and I can get away with it.’ But even if you have a cell phone that’s not held by hand and can be dialed by voice, you still have a really big conflict because when you’re driving you need to be looking at various different places, you need to be reading signs, you need to be talking to yourself about those in order to — through your mental speech — make decisions about where to go with your car. And there’s no way to do that while on the cell phone because you have to use your ‘inner ears’ and ‘inner speech’ and even your ‘inner eyes’ to imagine what the person on the phone is talking about.”

“We found that ‘switch cost,'” says Rubenstein, “increases with the complexity of the tasks. That suggests that a very simple conversation on the phone while driving a car — maybe ‘Honey, please pick up some bread on the way home’ — might not draw too much concentration. But if the conversation becomes difficult or emotionally charged or mentally taxing — like ‘Honey, the house is burning down, what should I do?’ — it draws more attention and more mental resources away from your primary task, which is driving the car: You’re more likely to have an accident.”

When we attempt efficiency, there’s a “shift cost”, and something suffers.

This article pointing to a more recent Johns Hopkins study describes the process of shifting from one thing to another as “turning down the volume”:

“The reason?” he said. “Directing attention to listening effectively ‘turns down the volume’ on input to the visual parts of the brain. The evidence we have right now strongly suggests that attention is strictly limited — a zero-sum game. When attention is deployed to one modality — say, in this case, talking on a cell phone — it necessarily extracts a cost on another modality — in this case, the visual task of driving.”

Take the example of students, as well, who try to juggle several things while doing homework–they text friends, IM, update Facebook, listen to music, glance at the TV screen to catch a few seconds of an American Idol performance. Something may suffer in that mix, as well. A student may tap out an IM or post something to Facebook without giving sufficient thought to wording and editing, and communicate something unintended causing relationships to erupt.

Or they miss every other problem of their Algebra homework because they were mesmerized by Syesha.

In fact, this related article highlights multi-tasking as it relates to learning:

“The best thing you can do to improve your memory is to pay attention to the things you want to remember,” Poldrack added. “Our data support that. When distractions force you to pay less attention to what you are doing, you don’t learn as well as if you had paid full attention.”

Tasks that require more attention, such as learning calculus or reading Shakespeare, will be particularly adversely affected by multi-tasking, Poldrack said.

Multi-taskers are “Always On”

At the end of that article, Poldrack concluded, “Concentrate while you’re studying.”

And then this article on a study done in Great Britain stood out to me if only due to the headline that popped up in my search. It’s about multi-tasking on the job, but the headline reads: “E-mails hurt IQ more than pot.”

He found the IQ of those who tried to juggle messages and work fell by 10 points — the equivalent to missing a whole night’s sleep and more than double the 4-point fall seen after smoking marijuana.”

Dude. R U checkin’ your e-mails while reading this?

The article said, “This is a very real and widespread phenomenon…We have found that this obsession with looking at messages, if unchecked, will damage a worker’s performance by reducing their mental sharpness….Companies should encourage a more balanced and appropriate way of working…The research suggests that we are in danger of being caught up in a 24-hour ‘always on’ society.”

Always on. Caught up in a dozen tasks, juggling 18 plates, never pausing.

I know a lot of people who can handle it. Their adrenaline kicks in, their capacity is huge, and they’re very organized, meaning that some of their work will tax the brain less. For them, multi-tasking is how they hold down two jobs and get their kids to Girl Scouts on time with hair brushed and uniform ironed. I’m impressed with all of you who fit that description!

I do not. Were I to tackle two jobs and getting the kids to Girl Scouts, we’d arrive late and look bedraggled. And I’d look a little wild-eyed, because I’d be so stressed out about what I forgot to do at the first job and worry that I’m not ready for the second one.We might pull it off, but something would suffer. 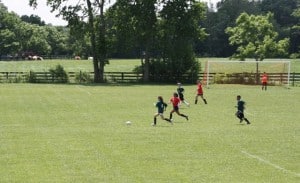 Last weekend I chatted with a soccer mom I knew slightly—she’s one of the nurses at our pediatrician’s office. She’s also launched a program through a local hospital to help kids struggling with weight. I said something about my inability to multi-task and that from my reading, “multi-tasking actually makes us less efficient. Something suffers.”

She strongly disagreed. Multi-tasking is how she’s making it through the day. It’s how she’s keeping her program up and running even though it’s understaffed. It’s how she gets her kids to soccer and keeps working at the doctor’s office one day a week.

We talked some more, and she said that it’s during “down time,” when she’s waiting for a computer to boot that she makes a phone call; or when she’s running photocopies that she can check e-mail.

“I guess we need to define ‘multi-tasking,’ then,” I said. “Because that sounds like ‘making good use of “down” time’ rather than trying to actually do two things at the same time.”

A friend of mine sitting next to me was half-engaged in the conversation. “That just sounds like good time management to me,” she said, “but not necessarily ‘multi-tasking’ the way Ann’s describing it.”

The soccer mom nodded slowly. She admitted that she was stressed. She said she was barely getting things done at home.

I suggested, “I think we can stir the spaghetti or mop the floor while talking on the phone—no one is at risk like they would be if we were talking on a phone in the car. And even if the floor isn’t perfectly scrubbed or we splash the sauce, it won’t matter that much. But in our brains, something is switching back and forth. That’s all I’m saying.”

She laughed and said she would for sure keep stirring spaghetti sauce and talking on the phone.

And I laughed, because I did just the other day, too. And it splashed on the cabinet, my pants, and my shoes.

As a mom, I find that I’m distracted enough without inviting even more of it through multi-tasking.

The Choice to Monotask – Do One Thing at a Time

Sometimes we don’t have a choice. I’ve been forced to figure out how to juggle stuff. If I’m stuck multi-tasking, I at least try to acknowledge that I will be more effective if I can figure out how to isolate a task and switch purposefully and intentionally from one thing to the next. Most of the time, I try to avoid lots of stressful “layering” in my life. 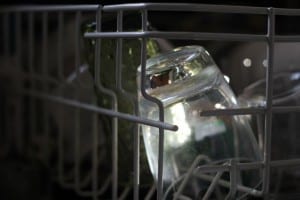 By living a little more defined and focused, I am more “present” to my family. I’m not always panicked about the next thing or the thing I realized I’ve neglected. I wish I could report that my family has ended up with a neater home or finer meals prepared with great attention to detail. I don’t linger with the laundry all that much.

But the manic feeling in my head has settled. I don’t have that frantic, unfinished, “I know I’ve dropped the ball somewhere along the line” feeling as often.

They have a more peaceful mother who can look them in the eyes without ticking through a massive to-do list.

They’ve got a mom who has accepted her limits.

Life is not always within my control, however, so there are times when events collide on my calendar and I’ll have to sort them all out and stir the sauce while scheduling people to serve at church or something. And my aversion to multi-tasking doesn’t mean I can’t kick into gear when need be and work hard. It just means that I try to do that one thing well before moving on to the next thing and doing it as well as I possibly can.

It’s taken me years to realize the problem, and despite being challenged by those soccer moms, I feel validated by research:

Multi-tasking doesn’t work for me.