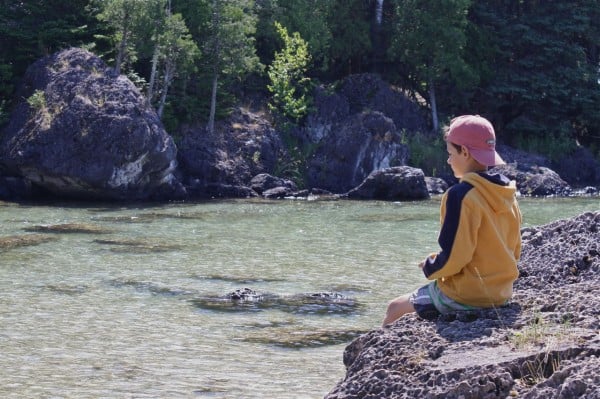 “I’m bored,” a child whines. Oh, no! Quick, pull out the paints or Playdough—heaven forbid the child actually sits with nothing to do.

In our entertainment-obsessed society, we almost panic at the thought of having nothing to do, at being bored. The world seems to want to fill every spare moment with productivity or fun.

But is boredom such a bad thing? Could boredom actually be…good?

This article in the Boston Globe about boredom explored the strength—even the joy—of boredom.

It quoted a professor of psychology and women’s studies at the College of Staten Island:

“Our society is perpetually anxious, and a way to alleviate the anxiety is to delve into something that’s very within our control, pleasurable, and fun…It feels like it has all the makings of addiction.”

I value creativity, so this quote stood out to me:

As Ralley studied boredom, it came to make a kind of sense: If people are slogging away at an activity with little reward, they get annoyed and find themselves feeling bored. If something more engaging comes along, they move on. If nothing does, they may be motivated enough to think of something new themselves. The most creative people, he said, are known to have the greatest toleration for long periods of uncertainty and boredom.

To be bored is to stop reacting to the external world, and to explore the internal one. It is in these times of reflection that people often discover something new, whether it is an epiphany about a relationship or a new theory about the way the universe works. Granted, many people emerge from boredom feeling that they have accomplished nothing. But is accomplishment really the point of life? There is a strong argument that boredom — so often parodied as a glassy-eyed drooling state of nothingness—is an essential human emotion that underlies art, literature, philosophy, science, and even love.

My friend S. and I have talked about the fact that our kids’ generation doesn’t seem to allow much time to just sit and think. They don’t have time to create. To solve problems. To wonder about the deeper issues of life.

When is today’s generation of kids able to sort through the deeper questions of life, to develop a personal philosophy? Both S. and I grew up in settings that allowed for many hours of “down time” and alone time when we could think, uninterrupted, for hours. We’re not necessarily intellectual or philosophical giants, but we can sit down and talk about more than “Dancing with the Stars.” What will happen to our kids if they don’t get some of that “down” time—that “bored” time—to think?

To write like that, one must think about it. Ponder it in the quieter moments of a day.

When and where are those moments? 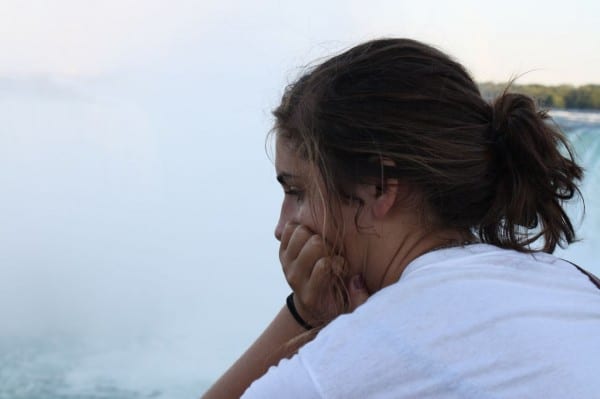 Toward the end of the article:

Paradoxically, as cures for boredom have proliferated, people do not seem to feel less bored; they simply flee it with more energy, flitting from one activity to the next. Ralley has noticed a kind of placid look among his students over the past few years, a “laptop culture” that he finds perplexing. They have more channels to be social; there are always things to do. And yet people seem oddly numb. They are not quite bored, but not really interested either.

That means steeping in uninterrupted boredom may be the first step toward feeling connected. It “may take a little bit of tolerance of an initial feeling of boredom, to discover a comfort level with not being linked in and engaged and stimulated every second,” said Jerome C. Wakefield, a professor of social work at New York University and co-author of “The Loss of Sadness.”

“There’s a level of knowing yourself, of coming back to baseline, and knowing who you truly are.”

Today’s Writer’s Almanac quoted Flannery O’Connor. Her words reminded me of this article, of being bored, of thinking and creating:

“The writer should never be ashamed of staring. There is nothing that does not require his attention.” 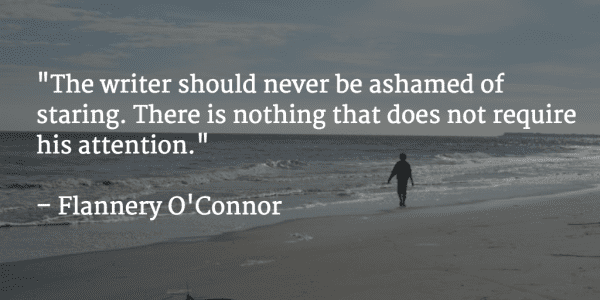 Boredom isn’t always disengagement, nor is it always unproductive—sometimes boredom leads to a new thought, an epiphany; a creative idea that requires our full attention.

Next time your child looks up with a pitiful look and sighs, “I’m bored,” just smile.

“Good,” you can say. “We need more boredom in this world.”

And then just wait. Don’t fill the time.

Your search for information about kids and boredom brought you here, to the author of a book on slowing down in our fast-paced world, and a writing coach who could help with your writing goals. Here, I regularly publish resources for people to learn, write, play and live more creative and productive lives.