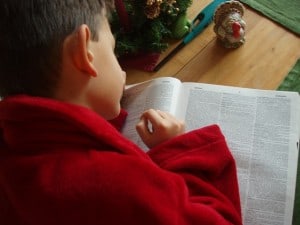 Until I stumbled across Mental Multivitamin’s blog (“Read. Think. Learn.” Oh, how I love that tagline), I never really used the word “autodidact.” Given how many books I’ve read over the years, I must have seen the word several times. It felt familiar. I’d sounded it out at some point in my literary life. But I’d never used the word or even thought about what it means. I’d never bothered to look it up, and no one had ever explained it to me.

It was up to me to find out.

Which, I learned, is exactly what an autodidact would do.

Gee, I feel smarter already, which is the intent of that blog.

When one is feeling kind of midlife-y, the thought of returning to school to pursue a post-graduate degree of some sort is thrilling and daunting at the same time…and eventually, one concludes, impossible. When that same person has four children ranging from preschool to puberty, the thought of a master’s degree generally evaporates and she goes into the kitchen to finish mopping the floor, muttering all the while.

Not that this has happened to me or anything.

But people like that have to resort to other ways of learning, to satisfy their intellectual cravings. They become autodidacts.

Most of my life I’ve been an autodidact and didn’t know it. Perhaps I’m not much of one, given that I didn’t even now what the word meant until now. 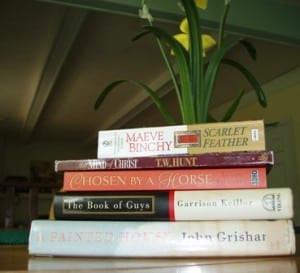 But I’ve always been hungry for ideas and committed to lifelong learning. I read. I think. I try to learn something new every day. I research and explore topics of interest. I discuss issues with my friends, some of whom have zero interest in what I bring up, but feign interest because they know I’m home with a five-year-old all day long reading Dr. Seuss and playing variations on chess, most of which involve illegal zig-zaggy moves. My friends are kind. They know I need a little intellectual stimulation and quietly listen and nod, smiling now and then. I did this with my dad growing up. It’s an effective technique. Just insert “mm-hmm” and “really?” and “oh, wow” now and then, raising your eyebrows slightly on the “oh, wow.” It works. It really does. Just ask my friends. (But, uh, don’t mention it to my dad.)

So anyway, many thanks to Mental Multivitamin for providing the perfect alliteration as I explore who I am and journey toward self-discovery.

Autodidact Ann. Now that I know what it means, I think it fits.