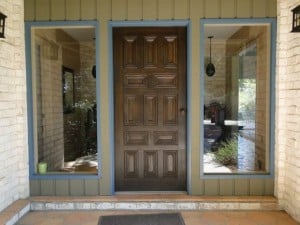 I’m just finishing up Writing from the Center, a collection of essays from Scott Russell Sanders. In the chapter from which the book takes its title, Sanders seeks “to know where authentic writing comes from; I would like to know the source of those lines that are worth keeping, the writing that brings some clarity and beauty into the confusion of our lives.” (p. 149)

I’d like to know that source, as well. I’d like to discover where authentic writing comes from, in hopes of producing some. Has he found it? I’m not sure, so I read on.Back when the happily married Sanders was launching his writing life, he was disturbed to read quotes from famous authors advising that writers should avoid marriage. They claimed that it stunts talent and stifles creativity. To be a serious artist, many claimed, one must sacrifice everything else to your work. He summarizes some words from Tillie Olsen:

[She] argues that “substantial creative work” can be produced only when “writing is one’s profession, practiced habitually, in freed, protected, undistracted time as needed, when it is needed. Where the claims of creation cannot be primary, the results are atrophy; unfinished work; minor effort and accomplishment; silences.” It would be hard for any writer who has tried juggling job and marriage and art to disagree with Olsen; and yet her argument beings to sound ominous when she sums it up by quoting Kafka: “Evil is whatever distracts.” (p. 154)

Sanders suggests, however, that many influential writers must have had significant distractions. William Carlos Williams, a doctor, surely would have been distracted by his patients; yet, he managed to write poetry (on the back of prescription pads, if memory serves me right). Poets who had students (Sanders himself is a professor) would have been approached with concerns about semester exams and upcoming assignments, yet they captured meaningful poetry. I can’t help but imagine Pulitzer-prize-winning journalists of the past working in the bustle of a noisy newsroom with phones ringing, typewriters clacking, and editors shouting out, “Copy!” They managed to produce powerful prose in the midst of distractions. Distractions can’t be blamed for bad writing (or no writing), because beautiful work has been produced in the midst of distraction. This is a relief to me, a mom in a state of constant distraction.

Sanders returns to the question of marriage-as-distraction:

What writer, embroiled in family and household and job, has never dreamed of stealing away into seclusion? What writer of either sex has not sometimes yearned, as Emerson phrased it, “to be released from every species of public or private responsibility”? …If anyone out there has labored at writing without ever craving such freedom, please will your brain to science, so that we might discover the secret of your serenity. (p. 155)

Uh, yes. I’ve dreamed of “stealing away into seclusion,” you bet. For both prayer and writing, and just a little silence. Then I liked what he wrote here:

The goal of the writer’s practice is the same as anyone else’s: to seek understanding of who and where and what we are, to come fully awake. If you are well married, sharing a life and not merely a bed or a bank account, then family may become your territory for doing the real work–spiritual as well as practical–of being human. (p. 156)

One could argue whether or not our goal is to become fully awake, but I do love hearing someone whose writing I admire confirming that my territory for writing is motherhood, marriage, family—and that it can work. I can explore this territory in my writing. I’ve chosen this territory, this setting, in which to live my life. I’ve chosen writing, as well. They do more than coexist—family and writing for me are inextricably intertwined. My writing is influenced and even inspired by my life as a mom, and motherhood has become more meaningful as I explore it through writing. Much material comes from this territory, and much is lost while I’m busy living it.

In the final essay, “Letter to a Reader,” Sanders writes, “From the richness of marriage, its depths and delights, I have learned the meaning of commitment—to a person, to a place, to a chosen work. Outside of this union I would have written quite different books, or perhaps none at all.” (p. 175)

And finally, he admits that he does need to pull away in order to write.

I must withdraw into solitude, must close my door against the world, close my mind against the day’s news. But unless the writing returns me to the life of family, friends, and neighbors with renewed energy and insight, then it has failed. My writing is an invitation to community, an exploration of what connects us to one another to the earth. (p. 186)

This is interesting in light of blog writing. To think that our writing is an invitation to community…I think that might be part of what we’re doing out here on the worldwide web. We’re inviting others to join us, to think with us, be amused, ponder, cry, reach out to others. We’re exploring what connects us to one another to the earth. But we’re using virtual means to do so. Strange.At this very moment, my five-year-old son is making sounds like a parrot two feet away while playing with a Playmobil pirate ship. I’m finding it hard to focus. And he’s calling me to join him.

As a writer, I want to compose a few more thoughts.

As a mom, I must excuse myself.